Voter turnout for the Nov. 6 midterm elec­tions is expected to be higher than usual in Hillsdale.

Hillsdale City Clerk Stephen French said he has already received double the amount of absentee ballots than he typ­i­cally would in a midterm election year. He also noted that a lot of people have come into his office to drop of their ballots and shared they have never voted before.

“With all of the issues on the ballot, and the overall political climate, I think there will be a large voter turnout,” French said.

He said he expects about a 40 percent voter turnout, com­pared to the usual 20 percent.

Michele Plant, a new res­ident to Hillsdale, said she votes in every election, but this one is dif­ferent.

“This election is very important,” Plant said. “There is a lot at stake.”

Pro-life issues and the hope that Repub­licans keep their seats are moti­vating Plant to the polls this election.

Mayor Adam Stockford noted that the last two November elec­tions have seen high voter turnout and he sus­pects this election will be no dif­ferent.

“Some­thing changed in people,” Stockford said. “Maybe it’s just a sign of the times at the national level.”

Stockford said that he thinks there are two reasons for the increase in voter turnout. The first of which is that after the 2016 election, people, espe­cially in Michigan, realized that their single vote mat­tered. Sec­ondly, Stockford said, “polit­i­cally and ide­o­log­i­cally speaking, we are at war with one another,” and the bookends of the political spectrum have grown farther apart.

“Even the so-called mod­erates don’t rec­ognize pieces of them­selves in the opposing party’s mod­erates,” Stockford said.

Despite the spike in voter turnout over the last few years, and the hope for a large turnout Nov. 6, some Hillsdale res­i­dents still don’t see the need to vote. Randy Omo and John Fisher have never voted and don’t see this election as any reason to start.

“Politi­cians do what they want, they don’t listen to the people,” Omo said. “I haven’t found a politician that I think is worth voting for.”

“We can cel­e­brate high voter turnout as a sign that people are more involved if we like,” Stockford said. “But I feel like it’s more of a per­vasive view that we see all elec­tions as do or die.”

French encourages res­i­dents who are uncertain about their voter reg­is­tration status to call the City Clerk’s office.

“I’d encourage people, as always, to get out and vote,” Stockford said. 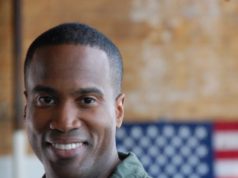