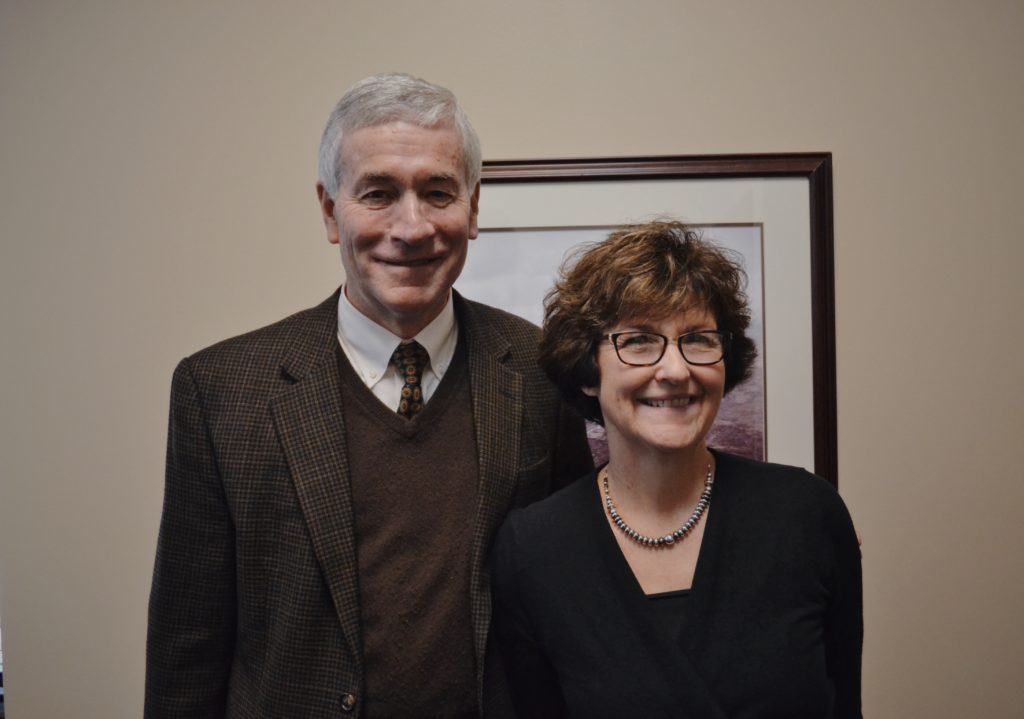 The Black­stocks said they are retiring largely because they want to maintain good health for the activ­ities they plan on pur­suing during retirement. These activ­ities will include road tripping  to visit children and grand­children next March, as well as flying to Europe to ski.

“It’s probably going to be the perfect retirement for us — children and skiing,” Robert Black­stock said. “That’s kind of how we lived our lives too.”

Robert Black­stock has been teaching at the college since 1977, while Jacquelyn has been with the college since 1990. Over the course of his 42 years here, Robert has been a pro­fessor, was involved with Insti­tu­tional Advancement, coor­di­nator and founder of Hillsdale Hostel’s weekly pro­grams, vice pres­ident of admis­sions, and acting pres­ident of the college for six months. Robert Black­stock also served as the college provost for 15 years, over­seeing every­thing from faculty cur­ricula and financial aid, to Hillsdale Academy.

Black­stock said he appre­ciates the people who helped him com­plete these tasks. He attributed his success to “a good sense of teamwork and good skills to make it work pretty effi­ciently— and a good com­panion at home to sort through things with.”

Before teaching at the college, Robert ini­tially planned to con­tinue prac­ticing law and become a judge in his hometown, Sault Ste. Marie, Michigan, after grad­u­ating from law school at Ohio Northern Uni­versity. But late his senior year, he decided to pursue a teaching career instead.

“I needed a Plan B and I always liked the idea of college teaching, so I thought I’d give it a try for a year,” he said.

His close friend from law school, Paul Cassidy, knew Hillsdale College and sug­gested Robert visit it, since he was pur­suing a teaching career.

“From the moment I set foot on campus, I loved the place,” Robert said. “I loved what it stood for and the people, and that has not changed since.”

Jacquelyn Black­stock came to Hillsdale because Robert was teaching at the college when they were married. For the first fews years of their mar­riage, she worked as a man­u­fac­turing engineer at a company in Cold­water. The company designed and man­u­fac­tured clothing racks for department stores.

“It was chal­lenging and I liked it very much,” she said.

Once they started having children, Jacquelyn Black­stock took a few years off to stay at home and take care of them.  In 1989, she accepted an offer from Robert Saemann, chairman of the college’s business department, to be an adjunct sta­tistics pro­fessor.

“I started teaching in January of 1990 and have loved it,” Jacquelyn said. “Teaching here has been a rich and rewarding part of my life.”

Having taught Quan­ti­tative Analysis and Business & Eco­nomic Sta­tistics for 29 years, Jacquelyn Black­stock said she gets joy and sat­is­faction from helping a student under­stand the material.

“A special part of the quan­ti­tative classes is a wave of under­standing that can come over a student, usually after a lot of hard work on their part,” Jacquelyn said. “As a teacher, you can almost watch it happen. That’s the joy in teaching.”

Madison Van­de­grift, a sophomore, is in Jacquelyn Blackstock’s Business & Eco­nomic Sta­tistics class and said she enjoys the real-life applic­a­bility which Jacquelyn empha­sizes in her lec­tures.

“She uses real-world examples so that we can relate what we learn in class to actual sce­narios and what this could be used for in the future,” Van­de­grift said.

Provost David Whalen, pro­fessor of English, said he recalls with admi­ration and affection Robert’s steady hand in leading the college through the tumult of the former president’s departure. Whalen said his favorite memory of Robert “has to do with water.”

“Whether engaging in canoe wars on a staff retreat or tooling around his lake on a boat, Bob is a model of friendship and grace,” Whalen said. “Of course, the beer doesn’t hurt these mem­ories either.”

Whalen said he is thankful for every­thing the Black­stocks have pro­vided for Hillsdale College. Their love and support for the com­munity during its best and worst times are incredible, he added.

Barbara Babcock ’81 said she took Robert Blackstock’s Business Law class in 1977 so that she could help her family business, B&B Metal Sales Company, Inc. Robert Black­stock also helped out with some of the business’ legal dealings, and Babcock and Black­stock have developed a great friendship ever since.

“He’s been around this campus and I’ve been around this town all these years, and he always greets me with a smile and asks how I’m doing,” Babcock said. “He’s going to be missed. He’s just been so much a part of this school. I hate to see people retire.”

Babcock enrolled in Robert’s Lead­ership, Power, & Respon­si­bil­ities class this semester because she knew it was popular and wanted to see Robert teach one last time on campus — espe­cially since she was one of his first stu­dents.

“I thought, ‘I’d like to hear what Bob has to say after all these years. I’m retired, why not?’” Babcock said. “You can embody these lessons without having to learn them the hard way, he really has some won­derful advice that you can fall back on when you’re doing some­thing.”

Like Babcock, senior Clara Fishlock said she decided to take Lead­ership, Power & Respon­si­bil­ities because she had heard many people speak highly of him and the class. The class covers life lessons and topics that most people already know, but don’t think about. Fishlock said she has learned more about these lessons than she thought she knew.

“He really is inten­tional about saying the things that may seem intu­itive, but that no one talks about,” Fishlock said. “Therefore, a lot of people — including myself — don’t stop to reflect on them. I’ve also learned a lot more about myself by really looking closely at these people’s char­acter traits as well.”

Though his and his wife’s time with the college is ending soon, Robert said he admires the strength of Hillsdale’s com­munity, and he is con­fident that its culture and basic goodness will not dis­appear.

“Nothing is forever, but this is cul­tural and runs pretty deep,” Robert said. “Its insti­tu­tional habits are good, so we have great hope for the place, great fondness for it — and for the stu­dents.”

‘“Choose to serve the good,’ because people who don’t commit to the good tend to lack both direction and char­acter,” Robert said. ‘“Live life fully,’ because of the ten­dency to confine our­selves to the status quo. Cre­ation is so very rich. Why not enrich our lives by expe­ri­encing it? 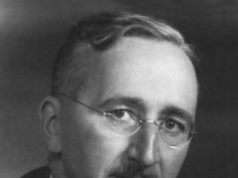