Recently released on Netflix and orig­i­nally aired on BBC One, “Body­guard,” starring Richard Madden, is the perfect com­bi­nation of thriller and action series. Though it may not be extremely real­istic as a story, the char­acters bring realism, while the sym­metry and overall cap­ti­vating nature of the sto­ry­telling make up for any small plot holes. If the watcher can just sit back and suspend dis­belief, “Body­guard” is a fun ride with some good twists and turns.

The series almost begins with a bang as pro­tag­onist David Budd (Madden) talks a suicide bomber out of pressing the button while on the train to London. Hailed as a hero for this, Budd returns to London and is assigned to be the prin­cipal pro­tection officer for Home Sec­retary Julia Mon­tague. For a few episodes the show seems to take a boring turn as Budd and Mon­tague start an affair, but then a bomb goes off, cat­a­strophe ensues, and the show takes a new twist. As Budd and the Royalty and Spe­cialist Pro­tection Branch of Lon­don’s Met­ro­politan Police Service try to uncover the identity of the ter­rorists, they uncover pos­sible gov­ernment and police cor­ruption.

“Body­guard” is engaging and intense without being stressful or over-the-top like so many other action-packed shows. After the opening scene with the bomber, the first episodes slow down a bit, but it serves as a nice windup to the heightened action that later occurs. The show strikes a balance so that the viewer is not exhausted at the end of the season due to nail-bit­ingly intense episodes. But it pulls the viewer in at the very beginning and peaks the curiosity just enough to keep you watching. Then the twists come and the audience is hooked.

The slower episodes also give a good set-up for Budd’s char­acter. They show that he is a normal police officer strug­gling with some PTSD after serving in the Middle East, but very dutiful and focused on dis­cov­ering the ter­rorists. He is not a Jason Bourne caliber officer who can’t be touched and has prac­ti­cally magical fighting skills. He has his demons, and he is a smart guy, but no genius. His real­istic char­acter and Madden’s engaging per­for­mance brings a good, but exag­gerated, sto­ryline to the next level to capture audi­ences.

Overall the momentum of the series rolls on and the show deftly shifts the viewer’s sus­pi­cions slowly from one char­acter to another, and to another. Rarely can a show so sneakily shift the viewer’s sus­pi­cions and thoughts, and that is one of the strongest qual­ities that makes “Body­guard” a good thriller. This kind of sub­tlety — and the way it creates excitement — is what really sets the show apart.

Any plot holes and unbe­liev­ability is made up with the nice sym­metry and par­al­lelism of the story. Beginning with a suicide bomber, the series ends with a suicide bomber. Char­acters are care­fully woven in, but the viewer takes little notice of them at first. They are then care­fully brought back in to provide con­ti­nuity and par­al­lelism. The unfolding of the sto­ryline is very pleasing and the way it circles back to the beginning at the end shows some clev­erness.

The only let-down of the show was that it felt cut off pre­ma­turely. Because of the longer set-up and slower pace of the first episodes, the wrap up was rushed, and though the ending was cer­tainly cap­ti­vating, it also felt clumsy after the careful, subtle building of the plot and its twists. Six episodes felt just a little too short, so the last episode left the viewer breathless. Every­thing was nicely tied up and the ending had happy con­no­ta­tions, but the quick ending left me wanting more. 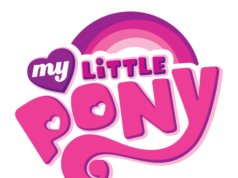 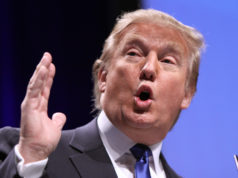 What Trump can learn from London 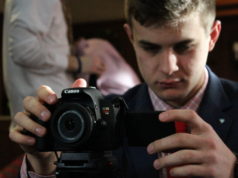