When a faculty member or a student needs a book, they go to Michael Alex Mossey Library, a Hillsdale insti­tution since 1971. But the Hillsdale College com­munity doesn’t have to stop with the books already on the shelves. Stu­dents and pro­fessors alike get a say in what new books are ordered.

When the library doesn’t carry a book a student or pro­fessor needs, they can rec­ommend that the library pur­chase it, and often, that book soon ends up on the shelves of the library, available for checkout. The steady rec­om­men­dation of new books is one of the ways in which the library col­lection changes to support the changing cur­riculum, Public Service Librarian Linda Moore said. Mossey Library adds almost 5,000 new books each year to its more than 266,000 strong book col­lection.

One of the advan­tages of acquiring books based off of faculty rec­om­men­dation is that faculty are better able to judge an aca­demic book’s content than librarians, Tech­nical Service Librarian Maurine McCourry said.

“Librarians, we read review lit­er­ature quite a bit and I read a lot of news­papers to find reviews on new books, but I’m not a Ph.D. in pol­itics. A Ph.D. in pol­itics knows more about pol­itics than I do,” McCourry said. “We try to get rec­om­men­da­tions from faculty because they know what is really important in their respective dis­ci­plines.”

Faculty members can rec­ommend books for a variety of reasons, said the Harris Chair of Mil­itary History and Pro­fessor of History, Tom Conner. Conner said the ability to order new books helps the faculty improve their ability to teach a course effec­tively, and it also allows them to further their own research interests.

“There’s a number of dif­ferent factors to take into account for a rec­om­men­dation: General interest, your own interest, and what could pos­sibly further your own effec­tiveness in a course,” Conner said. “I think faculty will some­times order a book self­ishly, and not think first of the larger com­munity, if they see a book that is right down their alley in terms of their own research interest.”

In addition to faculty members and librarians, stu­dents can also make rec­om­men­da­tions for library acqui­si­tions, and the process isn’t that hard. Stu­dents can submit a rec­om­men­dation by sending an email to McCourry.

McCourry said she thinks stu­dents use this priv­ilege infre­quently because not all of them even know they can request that the library pur­chase a book. When stu­dents do rec­ommend books, McCourry said they tend to be just as aca­demic in nature as books rec­om­mended by faculty.

“Stu­dents have actually been really good about rec­om­mending things that support their studies, not just a fun novel they want to read,” McCourry said.

While the pref­er­ences of the faculty and stu­dents can change the content of the library, new pro­grams and tech­nology also change the library expe­rience. The adoption of MeLCat, the Michigan inter­li­brary loan program, gives stu­dents access to more than 47 million works and changed the type of books the library acquires for its shelves.

“We used to add more popular titles, and we still do some,” Moore said. “We tend to do less of that now because of MeLCat. We don’t feel we need to support the leisure reading of stu­dents as much as we used to because you can get that stuff on MeLCat. There’s perhaps a better use of our funds.”

“We want more than one side of an issue rep­re­sented, that way people can make up their own mind,” Moore said. “That’s what our goal is.” 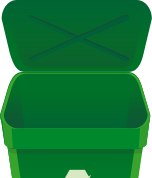 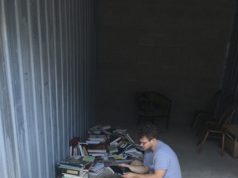 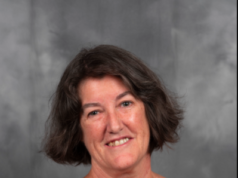