On Friday Nov. 9, from 11a.m. to 7 p.m.,  stu­dents waited to donate blood in the Grewcock Student Union while others reclined on tables, stress balls in hand to help the blood flow. The Com­munity Health GOAL program hosted its first blood drive with the Red Cross, part­nering with Simpson Dor­mitory and the New Dorm. Vol­un­teers spent the beginning of the week launching a social media cam­paign about the ben­efits of donating blood and asking stu­dents to sign up as donors.

Junior Nate Gipe, a blood drive vol­unteer and cancer sur­vivor, is a pos­itive pro­ponent of the ben­efits of donating blood. At the age of 16, Gipe was diag­nosed with acute lym­phoblastic leukemia (ALL) and had to go through several blood trans­fu­sions as part of his treatment.

“I per­sonally expe­ri­enced the ben­efits of blood drives,” Gipe said. “I remember getting mul­tiple blood trans­fu­sions, some­times several a day, and even a bone marrow trans­fusion during my cancer treatment. And even though I can’t donate blood because of the leukemia, I still wanted to be a part of this incredible project.”

Sarah Becker, junior and student leader of the Com­munity Health GOAL program, orga­nized a core team of vol­un­teers, adver­tisers, and donor recruiters. Becker said the donation turnout was so great that some donors had to be turned away because the Red Cross staff han­dling the dona­tions did not have enough people to handle the volume.

“Orga­nizing the blood drive has really opened my eyes to the impor­tance of donating blood,” Becker said. “We forget how human the process is.”

More than 50 stu­dents vol­un­teered at the day-long event, and over 100 stu­dents donated blood throughout the day.

Gipe vol­un­teered in every­thing from the sign-up table to the reg­is­tration booth to the snacks table for the blood donors. He encourages others who may be nervous to donate blood by explaining the good that can come from their donations.

“You can save 3 lives with 1 donation. If you are nervous, bring a friend for support,” Gipe said. “And even if you don’t donate now, set a goal for yourself to donate in the future.”

Gipe said he takes life one day at a time trying to make each day as pos­itive as pos­sible and hopes other people see that acts of charity like donating blood bring hope to the lives of people like him.

“I wanted to share stories of people like me who have per­sonally seen the ben­efits that come about from a blood drive,” Fogg said. “I feel like a lot of people were touched by the stories.”

Along with donating her time, Fogg was a first-time blood donor this year, saying she wanted to “take a moment of courage in my life for the sake of someone else’s.”

Becker and her team for the Com­munity Health program plan on hosting another suc­cessful blood drive next semester in Feb­ruary. Details on the spe­cific day have not been finalized, but the goal is to have more vol­un­teers and an even greater turnout of donors for those in need. 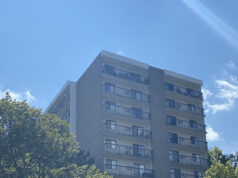 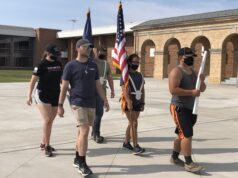 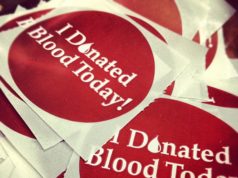