Few memo­rials to Martin Luther King Jr., pay tribute to the true bases of his civil-rights progress — which “pivoted on ideas that are much less popular now,” argued Jim Spiegel, pro­fessor of phi­losophy and religion at Taylor Uni­versity.

Speaking to an audience of about 30 people in a lecture at Hillsdale College on Thursday, Oct. 4, Spiegel said King grounded his argu­ments for racial justice in natural law and bib­lical the­ology — and that no purely philo­sophical argument could sub­stitute for King’s the­o­logical ethics as an ade­quate foun­dation for racial justice.

King’s ideas were a “major reason why the civil rights movement was a success” but have largely dis­ap­peared from public dis­course on racial issues today, Spiegel said.

Citing King’s “Letter from Birm­ingham Jail” and other writings, Spiegel noted that the civil rights leader grounded his argu­ments in the bib­lical ideas of agape — or uncon­di­tional — love, and imago Dei, the idea that humans are created in God’s image.

But a “naked public square” in recent years — a civil dis­course stripped of the­o­logical con­ver­sation — has kept dis­cussion of these ideas at bay.

“If the­o­logical resources have effec­tively been banned from public dis­course … then what are our prospects of achieving King’s dream of lasting racial justice for the country?” Spiegel asked.

Per­suading people to talk in these the­o­logical and natural-law terms may not be so easy, though.

“That’s the rub,” Spiegel acknowl­edged. “The only hope for them is they’ll be pos­i­tively impacted and look for the tran­scendent.”

Spiegel’s lecture on King was the first of two he gave last Thursday as a guest of Pro­fessor of Phi­losophy Ian Church. Spiegel’s second lecture, delivered after a dinner that evening, addressed the “virtue of open-mind­edness.”

“He seemed very open-minded,” she said, “but very infor­mative. It was really inter­esting; I didn’t realize that people were losing Martin Luther King, Jr.’s ideas.”

Church, who studied under Spiegel out of pure interest in phi­losophy while working for infor­mation tech­nology ser­vices at Taylor Uni­versity, said Spiegel’s talk on open-mind­edness “con­tributed to the ongoing aca­demic atmos­phere here, where we’re quite inter­ested in the intel­lectual virtues.”

Spiegel’s speech on King showed his desire to argue from foun­da­tions other than identity pol­itics in the dis­cussion of racial justice, Church said.

“He’s con­tributing to those dia­logues [about racial justice] in a helpful way,” Church said. 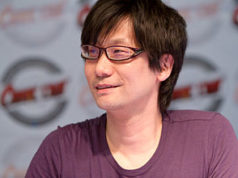 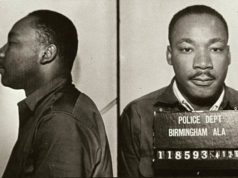