While at first glance “A Simple Favor” appears to be in the same vein as a “Gone Girl” mystery, it takes an unex­pected turn, as director Paul Feig attempts a neo-noir film, thriller, and comedy all at once. After the film’s release on Sept. 14, “The New Republic” rightly labeled it “a mash-up of ‘Mean Girls’ and an episode of ‘Law and Order.’” While the com­bi­nation is chaotic, Blake Lively’s stellar wardrobe, Anna Kendrick’s bouncy cuteness, and Henry Golding’s sophis­ti­cated British accent — with plot twists to grab the audience’s attention — make for an intriguing film that nonetheless falls short of good.

When their sons bring together vlogging, heli­copter mom Stephanie (Kendrick), and the sophis­ti­cated and mys­te­rious Emily (Lively), the two quickly become friends, but not in the tra­di­tional sense. While their sons play together, they enjoy cock­tails and trade dark secrets about their scan­dalous sexual history. Emily begins relying on Stephanie for small favors, like picking up her son from school. And then, Emily dis­ap­pears. Troubled by her “best” friend’s dis­ap­pearance and death, Stephanie begins doing her own inves­ti­gating, while also beginning an affair with Emily’s attractive husband (Golding). Cute, bouncy Stephanie, fol­lowing the advice and con­fident example of Emily, trans­forms into a mys­te­rious and sneaking sleuth to uncover Emily’s own secrets.

The movie tried to be noir, a film genre that orig­i­nated in French films in the 1930s, devel­oping from movies like Orson Welles’ “Touch of Evil” into what is now called neo-noir. A noir film is char­ac­terized by crime and vio­lence, cynical pro­tag­o­nists, femme fatale char­acters, eroticism and sex­u­ality, and betrayal. While “A Simple Favor” did not use the tra­di­tional filming tech­niques of the genre, it was created around a list of noir themes, checking off as many boxes as it could in a two-hour run time.

All this was com­bined with comedy and thriller, which brought con­fusion to the movie. It could not seem to determine what it wanted to accom­plish.

However, the Blake Lively / Anna Kendrick duo intrigued the audience. With her Tom Wolfe-ish suits, mar­tinis, perfect husband, and sophis­ti­cated lifestyle, Lively’s Emily had a sexy mystery about her. Her tall, blond, and daring per­for­mance per­fectly con­trasted Kendrick’s char­acter, Stephanie, with her con­stant smiles, col­orful clothes, and anxious-mom energy. The vastly dif­ferent char­acters of Emily and Stephanie were a delightful duo whose con­trast added a touch of comedy to a dark story.

But this comedic side — meant to bring some lightness to the story — actually gave the film a more dis­torted flavor. With the noir themes of dark his­tories, murder, and revenge as the driving themes of the story, the comedy forced a giggle out of viewers in the midst of watching twisted char­acters carry out debauchery, which felt like an inap­pro­priate response. 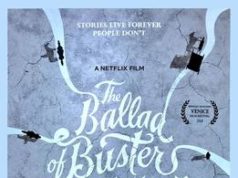 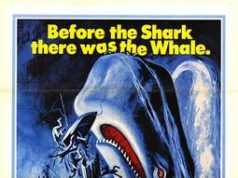 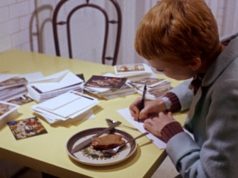