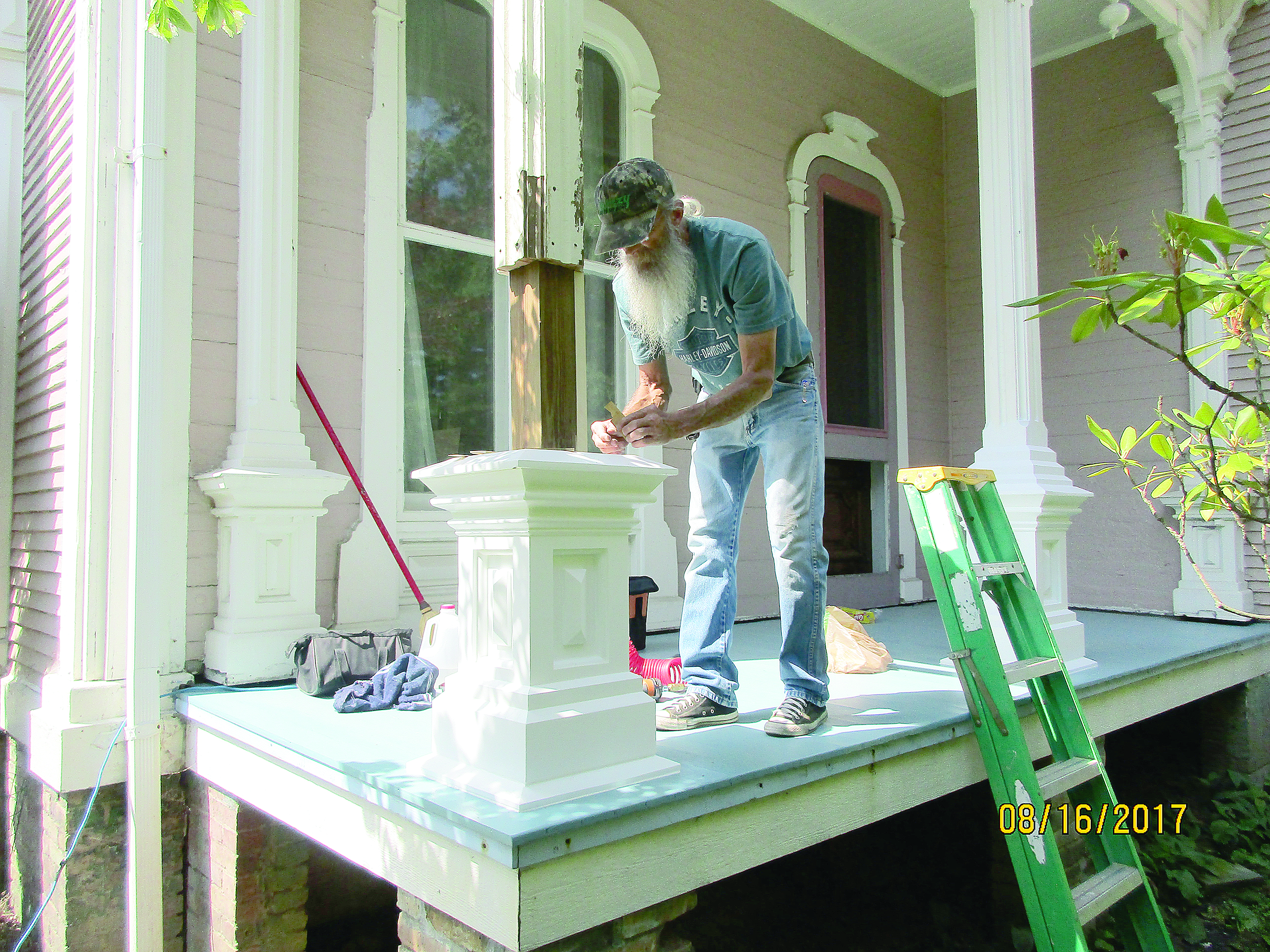 More than a century after one of the original res­i­dents scribbled his name and the year “1883” onto one of the attic walls, Robert Eden is leaving his own mark on the Vic­torian-era res­i­dence.

Four dif­ferent home­owners have resided in the house since it was first built in 1880, entirely by hand. Eden, a Hillsdale pro­fessor of pol­itics emeritus, has lived in the house for 31 years and is cur­rently in the process of restoring it. He plans to move to North Car­olina once the work is fin­ished.

The restoration process began as a solo mission, with Eden per­sonally designing and building a soft maple frame for the kitchen cab­inets and then pur­chasing the doors. He added a homely touch by making a wooden sliding ladder with a food basket on top. The ladder fits inside the cabinet doors and allows one to snag hard to reach snacks. In the early years, he brought up several oak doors from the basement and rein­stalled them in a few of the door frames.

“My largest per­sonal con­tri­bution was the brick style shed I built with my son in 2005,” Eden said.

In the spring of last year, the project became a team effort when Eden enlisted the expertise of car­penter John Lut­tenton and land­scaper Cindy Riddle. Lut­tenton and his team of two have taken great care to pre­serve as many of the original parts of the house as they can, while con­cur­rently restoring parts that have aged poorly.

“I’ve seen houses 25 years old that don’t look any­where as good as this old house,” Lut­tenton said. “Old homes should be pre­served and not torn down as so many are these days.”

Eden’s house lacks some of the con­ven­tional interior structure of a modern home. In earlier times, fam­ilies would store most of their pos­ses­sions in the attic, so the closet storage space in Eden’s home is much smaller than in homes today. The house also lacks a mudroom, so Eden con­verted the kitchen to a mudroom and pantry, since it was dif­ficult not having a space to shed or grab layers during the ever-changing Michigan weather.

The team of handymen mostly did finish work on the house with some addi­tional elec­trical work in the interior. Finish work is the last stage of work on a house and is meant to remain visible, requiring an enormous amount of patience and attention to detail. Replacing bases, columns, lap boards, and the porches around the house are a few of their major accom­plish­ments.

Lut­tenton lamented how often car­penters take shortcuts on finish work, resulting in wasted time and mate­rials. A single base for a column con­sists of 62 unique pieces, according to Lut­tenton, and while some of the bases were sal­vageable, others had to be par­tially or fully recreated.

The bases that needed fixing were recreated incor­po­rating useable original base pieces.

These parts were com­bined with new wood, of the same type, to create a stronger base.

Eden said he is grateful for Lut­tenton and Riddle’s com­mitment to doing work the right way.

“It’s a real pleasure to work with them,” Eden said. “As a writer and fellow craftsman, I appre­ciate people who take their work seri­ously.”

A pair of oak columns on the second story was the most ambi­tious task the workers faced in the whole project. With the aid of Hillsdale’s A Few Good Men club, the men were able to put the new columns into place.

“Nick Scovil and I pushed the posts up a ladder while a car­penter pulled it up with a rope,” senior Andrew Sheard said.

The exterior of the house pre­sented even more chal­lenges. During the Vic­torian era, there was vir­tually no insu­lation, and moisture would pass freely in and out of the walls. This cycle caused paint to lift as water exited the home, and it was hard to tell when the house needed new paint. Modern Vic­torian home­owners often wrap their house in vinyl for as a cheaper way to provide aes­thetics and pro­tection. But vinyl doesn’t allow the house to pass moisture through it, trapping it inside the house and leading to rot and potential bug infes­tation.

“You never want to wrap an old house because it will rot from the inside out,” Eden said.

Lut­tenton said that after months and months of work, he is excited to see the final product.

“When people walk up and say ‘wow,’ I know that we’ve done good work,” Lut­tenton said, “It’s neat to see the house come back to life.”