Newly-con­firmed Supreme Court Justice Brett Kavanaugh took office this week with the first all-female team of clerks — and Hillsdale alumna Megan Lacy ’07 is one of them.

“Justice Kavanaugh has made a wise choice,” said Ryan Walsh, the chief deputy solicitor general for the state of Wis­consin, a 2009 Hillsdale graduate and a friend of Lacy.

Lacy stepped into the position from a pres­ti­gious career in law, fol­lowing her grad­u­ation from the Uni­versity of Vir­ginia School of Law in 2010. Before Kavanaugh hired her, she worked with the White House counsel on Kavanaugh’s nom­i­nation, according to the New York Times, and as chief counsel to Sen. Chuck Grassley, chairman of the U.S. Senate Judi­ciary Committee.

“She has a good record here and in law school,” said Hillsdale College Pres­ident Larry Arnn in an email, noting that Lacy clerked for Judge Diarmuid O’Scannlain on the U.S. 9th Circuit Court of Appeals.

O’Scannlain “admired her work very much,” Arnn said. “She has gained credit wherever she goes.”

Ryan Mauldin ’07, a close friend of Lacy, said no one who has fol­lowed Lacy’s career is sur­prised that she got the clerkship.

As a student, Lacy was “bril­liant,” Arnn said.

“She is also fine person in mind and char­acter,” he said. “She is delightful to know. She has that mixture of assertiveness and humility that is impressive and breeds trust.”

Friends of Lacy who knew her at Hillsdale said she had a rare com­bi­nation of talent and humility.

“Megan has always been friendly and loyal and humble and hard­working, and also pretty much correct about every­thing,” said Jason Gehrke ’07, recalling a time when he wished he’d heeded Lacy’s advice about a freshman year paper for a history course.

Full of “ardent curiosity,” Lacy was always eager to engage in deep dis­cus­sions and ask pro­fessors ques­tions outside of class, Mauldin recalled.

Pro­fessor of History Mark Kalthoff said he knew Lacy as a student in several of his classes, and she became a family friend; often, she would visit his family’s house after church with friends, help cook, and chat around the kitchen table.

“She was an excellent student, very bright, very con­sci­en­tious,” Kalthoff said. “She was very inter­ested in ideas and life of the mind, but also very serious about her Christian faith and the work that she does.”

A member of Kappa Kappa Gamma sorority, Lacy was heavily involved on campus and in vol­unteer work and remained a top-notch and com­mitted student, Gehrke recalled.

Lacy was a com­pet­itive ice skater before coming to Hillsdale, Mauldin said.

“She was always at the top of any­thing she’s going after,” he said.

“She will do great work for the Justice, and there­after she will be one of the leading young lawyers in the country,” Arnn said. “But she was already that.” 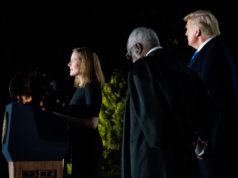 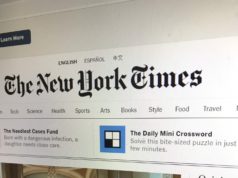