The recently released classes high­light the U.S. Con­gress and the work of Jane Austen. The college now offers a total of 21 free, non-credit courses in their online archives. Online courses, pro­duced by the External Affairs department, cover a wide range of topics, including history, lit­er­ature, pol­itics, eco­nomics, and the­ology.

“The online courses further the mission of the College by dif­fusing sound learning to mil­lions of our fellow cit­izens,” said Matthew Bell, director of pro­grams for External Affairs.

One of the new courses, “The Young Jane Austen: Northanger Abbey,” presents the youthful themes of Austen’s first novel. Asso­ciate Pro­fessor of English Lor­raine Murphy, who taught the course, finds that the charm and humor of “Northanger Abbey” lend it uni­versal appeal. She designed the lec­tures to be equally engaging to those who have read the book and those who are unfa­miliar with the work.

Murphy said Hillsdale’s values are reflected in the novel’s emphasis on “the moral value of having a thoughtful, dis­ci­plined mind.”

The other new course, “Con­gress: How it Worked and Why it Doesn’t,” was released on Sept. 17 and is taught by Pro­fessor of Pol­itics Kevin Portteus. The course pro­vides an analysis of the original func­tioning of Con­gress, as well as a recounting of how and why it not longer ful­fills its purpose expe­di­ently.

“Most people don’t realize that the way our gov­ernment func­tions today has diverged widely from the original intent. Many still think that Con­gress enacts law in a ‘School­house Rock’ way,” Portteus said. “My hope is that par­tic­i­pants will come away with a better under­standing of the reality of our system and how it has led to bad gov­ernment.” 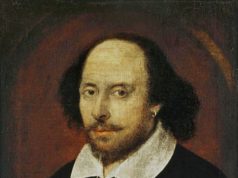