Los Angeles has been in a drought for quite some time, and it’s not just due to their lack of water. Angelinos seem to be more pas­sionate about the upcoming oppor­tunity for the Los Angeles Dodgers to claim a World Series trophy, breaking the team’s drought for the first time since 1988.

Standing in between the Dodgers and the Commissioner’s Trophy are the Boston Red Sox, the most pow­erful com­petitor Los Angeles has faced this season. But the Dodgers arguably have the best offense in the league. Their defense fea­tures skill players who can make clutch plays when it matters most. Perhaps most impor­tantly, they have an axe to grind after their seven-game loss to the Houston Astros in the 2017 World Series.

The Dodgers’ star pitcher and perennial Cy Young Award can­didate Clayton Kershaw closed out Game 7 of the NLCS with a scoreless ninth inning. He was rested for most of the NLCS and now aims to bounce back after his rough start in Game 1 of the World Series on Tuesday.

Kershaw is only one of mul­tiple pitchers on the Dodgers’ deep and pow­erful pitching staff. Walker Buehler, the young and promising right-handed rookie, made his MLB post­season debut in Game 3 of the NLCS, proving to be an effective threat. His pitching will be a chal­lenge for the Sox to overcome in Game 2. His high-octane fastball and nasty breaking ball have con­founded hitters all season long.

The Dodgers look as healthy in October as they have been at any point this season. Most of their star players such as Yasiel Puig, Cody Bellinger, Kershaw, and others, are in prime playing con­dition and are eager to redeem them­selves after last year’s Game 7 loss to the Astros.

Although All-Star shortstop Corey Seager was lost to a season ending Tommy John elbow surgery, Manny Machado, a late season addition from the Bal­timore Orioles, has filled his shoes down the stretch as a superstar talent.

Machado will also serve as a much-needed right-handed hitter against the Sox’s two lefties: Chris Sale and David Price, both of whom are con­sidered by some to be two of the best left handed pitchers in the American League. Machado also brings expe­rience to Dodgers as he played against Boston nine times during the  2018 regular season when he was playing for the Orioles. Prior to this season, Machado played Boston 19 times every year since the Orioles and Red Sox are both in the American League East.

The Sox and the Dodgers are both remarkable teams that truly earned their respective spots in the series, and the World Series promises to be wild from start to finish. Being from LA and a day one Dodger fan, I have to stick with my boys. 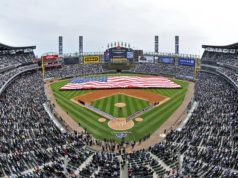 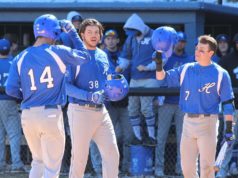