This is the hangover you do deserve: a half noir, half slap­stick, and com­pletely ridiculous screwball doozy. With “Down By Law,” inde­pendent director Jim Jar­musch sends up the whole southern gothic — and remakes the genre in his own image.

The film stars Tom Waits as Zack, a sar­castic DJ, John Lurie as Jack, a dis­gruntled pimp, and Roberto Benigni as Bob, an opti­mistic Italian. All three men wind up in a Louisiana jail cell after being framed for various trumped-up charges.

But the big house can’t hold Zack and Jack’s clashing per­son­al­ities (or Bob’s rabble-rousing cries: “I scream! You scream! We all scream for ice cream!) for very long. The trio escapes and winds its way through the bayou in a sort of post­modern retelling of Huck Finn.

Zack and Jack bicker the whole way down the Mis­sis­sippi, until Bob brings them together in a hilar­i­ously gruesome scene involving a rotis­serie rabbit. After another period of wan­dering, Bob falls in love with another Italian (Benigni’s wife in real life) and leaves Zack and Jack to work out their troubles.

Every major player in “Down By Law” is a superstar. Jar­musch is light­hearted — that’s the best Jar­musch — expanding on the min­i­malist stylings in his break-out film, “Stranger Than Par­adise,” which fol­lowed three people who take a roadtrip from New York to Florida (via Cleveland) and become irre­trievably sep­a­rated after losing all of their money at dog races.

Waits was just coming off of his 1985 album “Rain Dogs,” and right at the crest of his weird phase, which began through the inspi­ration of his wife in the early 1980s. Jar­musch makes mas­terful use of Waits’ music from “Rain Dogs” — espe­cially “Jockey Full of Bourbon,” which sound­tracks the opening shots panning across the derelict home fronts of New Orleans.

Lurie, still the drummer for Sonic Youth, grouches about with the lovable bad humour Jar­musch con­sis­tently inspired in him. It’s no wonder he once enjoyed the position of being one of the two people Father John Misty fol­lowed on Twitter (the other was Kanye West).

But it’s Benigni who steals the show. He plays Bob with the same sincere levity that would win him an Academy Award for “Life Is Beau­tiful,” a sur­pris­ingly tasteful Holo­caust-themed comedy which likely steals its title from Benigni’s final line in “Down By Law”: “Life is sad and beau­tiful.” 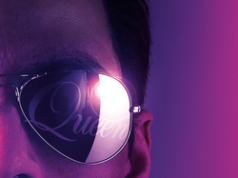 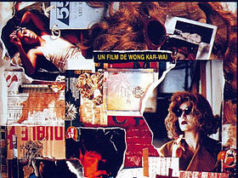 Lady Gaga shines in a ‘Star is Born’