“Ballet is not one thing; it’s many things,” said Vis­iting Assistant Pro­fessor of Dance Holly Hobbs. This is important to remember as audi­ences attend the next per­for­mance of Hillsdale College’s Pro­fes­sional Artist Series.

The Grand Rapids Ballet, Michigan’s only pro­fes­sional ballet company, will be per­forming their 2018 – 2019 season opener at the Fine Arts Building on Oct. 27 at 7 p.m. They will be pre­senting “Wild Sweet Love,” a repertory show “filled with variety and com­prised of unre­lated, stand-alone pieces of approx­i­mately 15 minutes each packaged into one sin­gular per­for­mance,” according to an event press release from the ballet. The per­for­mance will feature four sep­arate dance works and a mix of clas­sical and con­tem­porary ballet.

“When we think about clas­sical ballet, we’re ref­er­encing the story ballets from Imperial Russia: the ballets we know and love like ‘The Nut­cracker’ or ‘Swan Lake,’” Hobbs said. “Dance has taken on an entirely dif­ferent direction and has been influ­enced by dif­ferent styles of dance, like modern dance. There’s a merging of dis­ci­plines that has hap­pened, so ballet today looks very dif­ferent than ballet in Imperial Russia in 1890. I think it’s important for audi­ences to come with an open mind, to under­stand that ballet exists in several forms.”

Con­tem­porary ballet usually has sharper arm and body move­ments and is some­times more expressive than clas­sical ballet, according to sophomore Liana Guidone, a member of the Tower Dancers.

“Their music is going to be a lot dif­ferent than you would expect from ballet, like the very elegant, lyrical music,” she said.

Hobbs said the art also has value for the liberal arts tra­dition.

“Stu­dents arrive on campus with much more knowledge about music or theatre or visual arts than they do dance,” she said, “However, dance has many things to teach us about col­lab­o­ration and com­mu­ni­cation, which are important char­ac­ter­istics in liberal arts. Also, cre­ative problem solving is integral to liberal-arts study. Applying real-world expe­ri­ences is another way dance pre­pares an indi­vidual to meet the chal­lenges in all walks of life.”

Hobbs said stu­dents don’t crit­icize modern plays for not being similar to Shakespeare’s works, so the same treatment should be given to dance. Audi­ences need to respect the work for itself and in its own context. Clas­sical and con­tem­porary ballet, while dif­ferent, are both true to the art itself, she said.

“Clas­sical ballet is highly cod­ified. It’s very precise; it’s rooted in harmony and sym­metry,” Hobbs said. “Con­tem­porary ballet has more freedom in terms of use of the body. There’s more asym­metry than sym­metry. The use of the torso is more inte­grated. The cos­tumes are more stream­lined. The content is dif­ferent: chore­o­g­ra­phers are making dances about a variety of topics, and we’re no longer tied to telling a fairy tale.”

Guidone said she will be taking a Tower Dancers’ mas­ter­class with the Grand Rapids Ballet instructor, James Sofranko. Sofranko was a dancer for the last 18 years at the San Fran­cisco Ballet, according to the press release. He also received an Isadora Duncan award for Best Per­for­mance in 2011 and was part of the Broadway touring company of the musical “Movin’ Out.” Guidone and nine other Tower Dancers will also observe the pro­fes­sional company’s dress rehearsal and even dance in Friday’s per­for­mance.

“How often do you get a pro­fes­sional ballet company to come to our school and put on a per­for­mance like this?” Guidone said. “Watching it would give people a better appre­ci­ation for ballet. A lot of time, you think ballet is tutus and skirts, but in reality, it’s a lot of hard work, it’s an art, it’s a lot more than just what you first think of.” 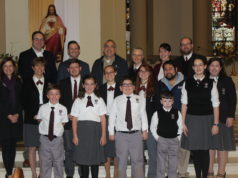 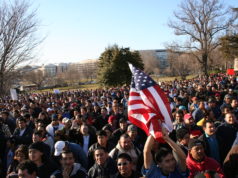