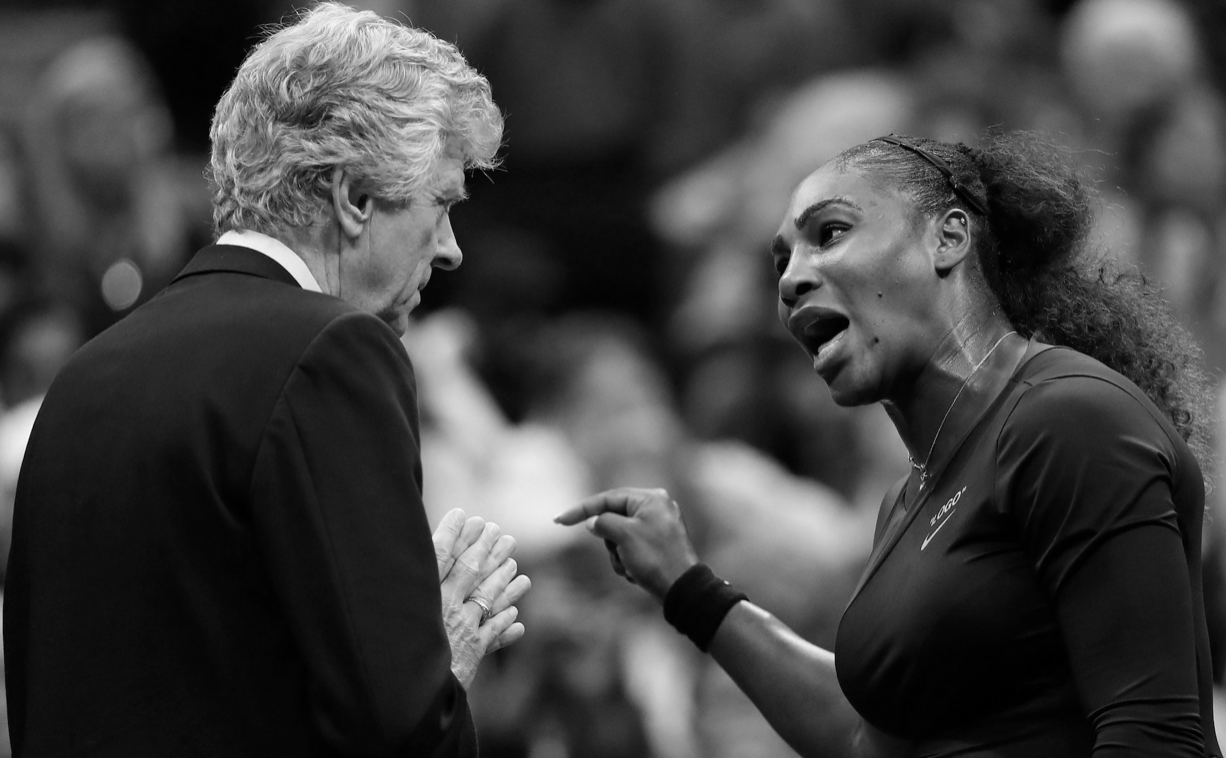 Serena Williams’ U.S. Open loss last Sat­urday was her own and she should blame no one but herself. When the chair umpire made a call she didn’t like, Williams responded hor­ribly, calling him a liar, demanding an apology, and refusing to let him speak when attempted a response. And despite warnings and further penalties, Williams con­tinued, refusing to stop arguing with the umpire.

Warping the outcome of the match to fit a victim men­tality is not a new trick for Williams. While pro­fessed uni­ver­sally as one of the greatest women’s tennis players — and, arguably, one of the best ath­letes in history — she’s also the most dra­matic in the sport.

In 2009, Williams ver­bally assaulted the line judge for calling a foot fault on a second serve, leaving Kim Cli­jsters one point away from winning the semi­finals of the U.S. Open. Among the many exple­tives hurled, Williams went so far as to threaten to shove a tennis ball down the judge’s throat.

Then in 2011, Williams went off on an expletive-filled tirade at the chair umpire for penal­izing her yell mid-point because the ball was still in play. She called the umpire a “hater” and “unat­tractive on the inside,” among other things.

These are just two examples, both of which occurred at past U.S. Opens. There are many other tour­na­ments in which Williams has made herself the victim, and she always relies on alleged sexism to do so. But iron­i­cally, both judges in the afore­men­tioned temper tantrums were female — and it was Williams who ver­bally assaulted them. What a noble suf­fragette Williams makes for bat­tling the sexism she endured.

William’s sup­porters, however, are spot­lighting the excused conduct of male tennis players, like Novak Djokovic and Rafael Nadal, in an attempt to prove sexism. But they seem to forget that these tirades never went unpun­ished. Nick Kygrios didn’t get away with inten­tionally throwing his matches, or “tanking” them. And legend John McEnroe faced penalties for screaming obscen­ities and hurling objects.

The penalties Williams received have less to do with a female vs. male issue than they do with her per­son­ality issue. Just as many in the tennis world were dis­gusted with Serena’s princess attitude as they were with Kygrios’s recent, ignoble “tanking.” But they are more for­giving of players like Djokovic and Nadal that con­tinue to bring honor to the game through their pro­fes­sion­alism and con­sid­er­ation toward oppo­nents. These fan-favorites, however, still receive their fair share of pun­ishment when they act out: Like any other player, Roger Federer was fined mul­tiple times throughout his career for inap­pro­priate conduct.

The umpire’s strict penalty impo­si­tions may well be the result of char­acter pref­erence, but it has nothing to do with sex. Williams con­tinues to justify her temper tantrums though, fan­cying herself the hero by virtue of alleged suf­fering and dis­crim­i­nation.

And this is all because Williams struggles to handle loss —  she will always find a way to make every­thing into a bigger issue to dis­tract from her poor sports­manship. Her antics this past weekend are the mark of a learned manip­u­lator down­playing a loss by placing it in the context of a larger societal problem — sexism. Funny enough, you never catch her doing the same after one of her wins.

Corinne Prost is a senior on the women’s tennis team and is studying American Studies. 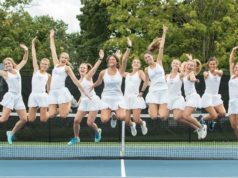 Chargers remain at home for pair of games this weekend 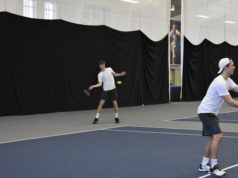 Chargers solid in shutout of Huskies