At its peak, the Michigan-based fast food chain Hot ’n Now boasted over 100 loca­tions in 15 states. Now there is only one — in Sturgis, Michigan, only an hour’s drive from Hillsdale.
Not that you should make this drive. The fare at the last Hot ’n Now is no more exciting than the grub at a Knights of Columbus cookout. And aside from the bold man­agerial decision to couple a descriptive adjective with a tem­poral adverb in the brand’s name — revealing a con­fi­dence in the institution’s fast service, which is not at all con­sistent with the average wait time for its food — the burger joint does nothing that our local fast food gems (Coney Hut, The Udder Side, and Short’s Rootbeer Stand) can’t do much better.
But it wasn’t always this way. Hot ’n Now opened in 1984, when William Van Domelen, who had brought Wendy’s to Michigan, decided to begin his own fast food fran­chise in Kala­mazoo. Van Domelen grew the company quickly, mar­keting it as the Midwest’s hub for odd­ities such as “The Olive Burger” and “Cheesy Tots.” At the same time, he kept oper­ating costs low by offering a 39 cent value menu and refusing to add play­grounds or diverse menu options like bigger com­petitors McDonalds and Wendy’s.
When Van Domelen sold it to PepsiCo in 1990, Hot ’n Now was at its peak. But then PepsiCo turned the brand over to Taco Bell for man­agement, and, after dis­agree­ments over the brand’s future, he left.
Taco Bell’s tenure ushered in the long 90s. It was a time of ruinous deca­dence for the entire nation, and the excesses of “The Most Popular Mexican Restaurant in the United States” hit Hot ’n Now hard. Taco Bell used the company as a “test brand,” adding more expensive burger options and launching a painfully earnest national tele­vision ad cam­paign. Because of the chain’s rel­a­tively small size, Taco Bell hoped new menu items would lead a more diverse cus­tomer base and faster growth.
They didn’t.
In the face of a massive losses across the board and a $5 million lawsuit from the dis­gruntled Florida fran­chise owner Richard Loehr over the new menu items, Hot ’n Now floun­dered in the public eye. And when Taco Bell closed 83 Hot ’n Now loca­tions in 1995 (including Loehr’s five failing chains), the bigger company wasn’t apolo­getic about the fiasco: “Loehr thinks Hot ’n Now should have con­tinued forever,” A Taco Bell spokesman told the Miami Daily Business Review. “But that is not what the market wanted.”
Ah the invisible hand: so it giveth, so it taketh.
Taco Bell sold the company to a Michigan-based owner in 1996, who tried to rebrand the remaining 53 Hot ’n Now loca­tions with Mexican-themed menu and the appended moniker: Hot ’n Now el Toro. But one of the flagship loca­tions in Midland sat right across the street from a much more popular Rally’s — it was dead before the ship even sank.
By 2003, the brand had changed owners again with no more luck. It filed for Chapter 11 bank­ruptcy in 2004. And just like Stanley Tucci in the opening scenes of Margin Call, Hot ’n Now’s American dream was kicked to the curb.
But this savage journey was not yet over. In 2016, one of two remaining inde­pendent fran­chises caught fire, only three weeks away from a major ren­o­vation. Although it even­tually reopened under a new name and with a new menu, the loss cut Hot ’n Now’s exis­tence in half.
The remaining restaurant in Sturgis to carry on the legacy, but it’s hard to live all alone. When I went there last week (on a whim after a text con­ver­sation about it with a friend living 500 miles away from Sturgis), the drive-thru greeted me with lam­i­nated signs, sug­gesting that as prices increased over the years, it was easier to print and tape a new sign than order one. My bag had no cor­porate branding on it — except for a HOT ’N NOW sticker slapped on the side, another sign of the brand’s decay.
And there are no plans for revival. The restaurant’s owner, Kees Van Zelst, told The Lansing State Journal this July that he does not foresee a comeback any time soon: “We’re the Last of the Mohicans,” he said.
But that’s just the way suf­fering works: There isn’t always a reward for the faithful. Hot ‘n Now will persist, until it doesn’t. 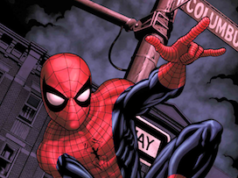 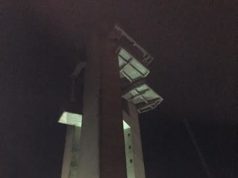 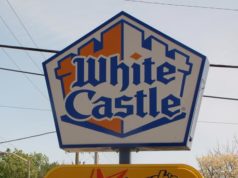