“Admi­ration, aston­ishment, amazement, sur­prise caused by some­thing unusual or unex­pected” is, more or less, the first dic­tionary def­i­n­ition for “wonder” in the English lan­guage. It’s taken from Samuel Johnson’s famous English Dic­tionary. Johnson also offers a quo­tation from Shake­speare, given by the con­fused Prince Hamlet, in which the stars of heaven are com­pared to “wonder-wounded hearers” lis­tening to some beau­tiful speech. Shake­speare and Johnson both ask us to con­sider what it means to be “wonder-wounded.” How could “admi­ration, aston­ishment,” or “amazement” wound? Have you ever watched a long line of deep blue water, beneath a silent sunset, and seen the sym­phony of colors, heard the airy balm of leaves rushing softly in the wind, and thanked God for a magical moment so touching and beau­tiful that it might almost be said to cause you joyful pain? No? Ah. Well. Perhaps, maybe, you should get out more, so that you too can be “wonder-wounded.”

The stars and the sun, the heavenly bodies, are not the only source of wonder, and Johnson gives us an example from the lofty poet John Milton to prove it: “Lo, a wonder strange! / Of every beast, and bird, and insect small / came sevens, and pairs.” This passage from Par­adise Lost describes the won­derful animals and the miracle of Noah’s Ark. Milton’s poetic voice beholds animals, through which he sees the power of God, and he wonders.

Johnson also offers in his def­i­n­ition of “wonder” a certain line from the Old Testament’s first Book of Kings. The passage describes the crafts­manship involved in making the great Temple of Jerusalem, describing with admi­ration that grand edifice and espe­cially “a kind of network” of intricate carvings “and chain work wreathed together with won­derful art.” Not only can the stars of heaven or the ocean sunset cause us to wonder, not only the crea­tures of the earth that move about by the natural and super­natural direction of God, but the work of artists and craftsmen can be won­derful as well. Not only can God’s beau­tiful artistry strike us with wonder but also the beauty con­ceived by human mind and crafted by human hands.

Now the Temple was, in part, designed to serve as a symbol of the natural world, as a symbol of the entire cosmos. That is, the “won­derful art” of the Temple was meant to imitate the won­derful art of Nature and Nature’s God. We call this won­derful whole of all things the cosmos. The word “cosmos” means beau­ti­fully well ordered. So the Temple was made to show the holy people, and all of us who learn from their example, that God’s house, his Temple, is, in a very real sense, the whole of the Natural world. From the fur­thest black hole to the nearest gopher hole, the whole of cre­ation is a cosmos, a beau­ti­fully well ordered cosmos. And by art­fully rep­re­senting it in the intricate design and dec­o­ration of the Temple, King Solomon and his artisans, in obe­dience to God, brought wonder into the hearts of those who came to worship and to visit. And that wonder, at man’s skill, at the natural world that man’s art rep­re­sents, and at God who beau­ti­fully made and ordered it all into a whole cosmos — that wonder is, in a sense, a wonder all its own, one beau­tiful to behold.

Isn’t  Johnson won­derful? Little wonder I put this def­i­n­ition of his in my glossary for Mr. Mehan’s Mildly Amusing Mythical Mammals, which attempts to foster a sense of wonder in its readers — young and old — along these John­sonian, or really Greco-Roman and Judeo-Christian lines.

But why all this talk of wonder? Why mention the writers Shake­speare, Milton, and Johnson — and the Good Book as well? Why is wonder so important? And “why,” you might ask, “Dr. Mehan, did you write about mythical mammals rather than real rabbits and rac­coons of the natural world? Perhaps I might simply offer the words of another great mind. Listen for a spell to Aris­totle:

“For it is owing to their wonder that men both now begin and at first began to phi­los­o­phize; they won­dered orig­i­nally at the obvious dif­fi­culties, then advanced little by little and stated dif­fi­culties about the greater matters, about the phe­nomena of the moon and those of the sun, and about the stars and about the genesis of the uni­verse. And a man who is puzzled and wonders thinks himself ignorant, whence even the lover of myth is in a sense a lover of Wisdom, for a myth is com­posed of wonders.”

Poetry, art, puzzle, riddle, mystery, and the strangeness of mythical rep­re­sen­tation — re-pre­sen­tation of old truths remixed in new ways — this work is, I think, a kind of duty of every new gen­er­ation toward the gen­er­ation that follows. The first kind of igno­rance is pride. We think we know, but really we do not. Wonder, that allit­er­ative trio from Johnson of “admi­ration, aston­ishment, amazement” is an ideal way to reset the human heart and mind with a wonder-wound, so that mildly and quietly, in the inner recesses of our hearts, we might be led to say, without a word in vain, “My God, I do not know, I do not know the wonders and beauties of this world that you surely and beau­ti­fully have made. My God, I do not know myself and what a thing is man. My God, I do not know you. And deeply now I wish to know, love, and be wise.”

The editors invite faculty members to con­tribute to Office Hours, a weekly column ded­i­cated to pro­moting rela­tion­ships between staff and stu­dents through the giving of advice and stories. Send sub­mis­sions to the Opinions Editor at kmcghee@hillsdale.edu. 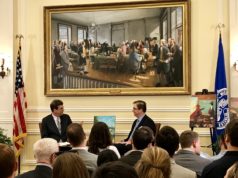 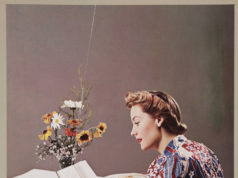