With all the talk about Russia these days, one might forget that there are other coun­tries that pose a threat to the United States — a far greater threat, perhaps.

That’s the point Victor Davis Hanson, a vis­iting scholar from the Hoover Insti­tution, made last Thursday during the Alexander Hamilton Society’s first event of the year. Hanson spoke about the future trends of Chinese-American policy to more than 50 Hillsdale College stu­dents, faculty, and guests in the Her­itage Room in Mossey Library. He made the case that China’s threats to the U.S. economy and national security are far more con­cerning than any­thing Russia has done thus far.

Hanson attributed China’s threat to the American economy to decades of lenient policies under the Reagan, Carter, and George H.W. Bush admin­is­tra­tions. He said that in an effort to improve eco­nomic rela­tions with China, America ignored its record of foul play and espionage.

“We thought that the more a country lib­er­alizes its economy, the more affluent it becomes,” he said. “When it’s relieved of a Nean­derthal need to survive one more day, it has the option of becoming a liberal society.”

Instead, Hanson explained, the strategy back­fired. Within 40 years, China had the second largest economy in the world, and its nine-percent growth rate sur­passed the U.S., embold­ening it to see itself as our rival.

Hanson also dis­cussed the danger of China’s growing mil­itary strength and its appeal to rising nations around the globe.

“They go to our allies and say, ‘People haven’t appre­ciated you. Make the right choice. Start dealing with us,’” he said.

And it works. In addition to sym­pathy, China offers a gen­erous overseas program, an indif­ference to human rights, and little spec­i­fi­cation on form of gov­ernment to dis­content coun­tries. It also promises pro­tection under a defense system specif­i­cally designed to deny the U.S. prox­imity to it and its spheres of influence.

“If you look at their strategic doc­trine, it’s quite bril­liant,” Hanson said.

Even more dis­turbing, he said, are the Chinese nationals who’ve embedded them­selves into the U.S. edu­ca­tional system by tapping into America’s obsession with diversity and anti-Russian sen­timent. Hanson esti­mated that some 300,000 Chinese stu­dents live in the western United States. The majority work in the fields of science, engi­neering, and math, giving them a front-row seat to America’s latest tech­no­logical devel­op­ments and risking our national security.

“It’s one of the most sophis­ti­cated pro­pa­ganda cam­paigns,” he said.

Carly Fisher, a freshman pur­suing a career in foreign policy, said this intrigued her.

“He did a great job of talking about a lot of things I didn’t know about, espe­cially the fact that China is stealing so many U.S. secrets in tech­nology and inno­vation,” she said. “The whole concept of leap-frogging with tech­no­logical advances I found really fascinating.”

But under the Trump admin­is­tration, the era of laxity with Chinese rela­tions may be over.  Hanson pointed to a shift in America’s eco­nomic attitude toward China for proof.

“We have an admin­is­tration that believes that trade sur­pluses are advan­ta­geous for our country and trade deficits are not,” he said.

This devel­opment has led to a change in pri­or­ities, he said. While cheap Chinese products help keep the inflation rate down, local mom and pop stores con­tribute a cul­tural and social benefit to the com­munity that foreign products can’t replicate.

A similar shift has occurred in America’s national security strategy, par­tic­u­larly in China’s rela­tionship with North Korea. Hanson said the Trump admin­is­tration has informed China that every­thing is “on the table,” and as long as China remains com­plicit in North Korea’s threats, America may encourage Japan and Taiwan to go nuclear.

Senior Nathanael Cheng, sec­retary for AHS, said this sur­prised him most about Hanson’s lecture.

“That’s not some­thing you hear often, espe­cially from the gov­ernment,” he said.  “It’s inter­esting to hear what’s going on behind the scenes.”

The speech con­cluded with a lively question-and-answer session in which stu­dents, faculty, and guests engaged with Hanson.

Cheng expressed grat­itude to Hanson for sharing his expertise with the group.

“China is becoming more and more important, espe­cially in policy-making circles,” Cheng said. “The eco­nomic, defense, and political sides are all very important and as China con­tinues to rise and con­tinues to develop, it’s important that people, broadly speaking, have an awareness of what’s going on in China. It has the ability to affect what’s going on — even in a place like Hillsdale.” 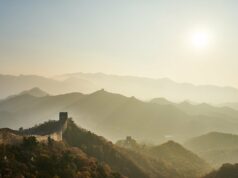 Rising in the East: Hillsdale Should Offer More Classes on Eastern Thought

We need critical mining in the green-energy era 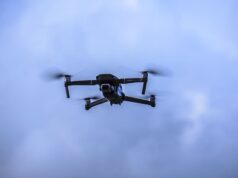