Remem­bered for his com­mitment to stu­dents, high stan­dards, and wry sense of humor, Richard Eugene “Gene” Tem­pleton, former chairman of the Hillsdale College English department, died at his home on Aug. 29 at the age of 81.

Born in Ten­nessee before moving to Michigan as a child, Tem­pleton served as a pro­fessor of English at Hillsdale from 1967 until his retirement in 1997, chairing the department for five years. He married Ellen Justice-Tem­pleton, former chair of the French department at Hillsdale College, in 1981. After a memorial service Tuesday, he was buried in Oak Grove Cemetery.

Tem­pleton was the first in his family to receive a college edu­cation, said Brent Tem­pleton ’86, Gene Templeton’s youngest son.

“As a young man, he worked 40 hours a week, had four kids, and was also going to school full time,” Brent Tem­pleton said. “That was a good indi­cation of his char­acter and tenacity and per­se­verance.”

That tenacity carried into the work­place, where Templeton’s col­leagues remember his devotion to his work and stu­dents. He’d often be in his office with the door wide open, recalled Christopher Busch, pro­fessor of English, who worked with Tem­pleton after coming to Hillsdale in 1991.

Tem­pleton was a tough grader with high stan­dards, stu­dents said. Brent recalled that once, his peers were dis­cussing what a tough pro­fessor Tem­pleton was — and Brent told them that was why he chose a math major.

“I remember him being a stickler for details,” said Nicole Coonradt, vis­iting assistant pro­fessor of English. A December 1988 Hillsdale graduate, she took one or two classes with Tem­pleton and had him as a reader for her thesis defense.

“He was very metic­ulous, and I got good feedback from him; he was the one chal­lenging me,” she said.

Pro­fessor of English John Somerville, who also worked with Tem­pleton for the last several years of Templeton’s time at Hillsdale, said Tem­pleton encouraged him to hold high stan­dards for stu­dents’ work.

For all his toughness as a grader, though, Tem­pleton had a wry sense of humor and a kind heart.

Noting that Templeton’s class was “always inter­esting,” Coonradt recalled that Tem­pleton once brought a pickle dish into class to illus­trate a cli­mactic moment in Edith Wharton’s “Ethan Frome.”

As a father, Tem­pleton was “con­sistent and kind” and encouraged his four children to be inde­pendent thinkers, Brent said.

Kids laughed a lot in his home, recalled Angie Berry, trade book coor­di­nator at the Hillsdale College book­store, who grew up as a playmate of Templeton’s children. It was hard to get Tem­pleton to laugh, she said, “but when he did laugh, he laughed joy­ously.”

Tem­pleton had “lots of pas­sions,” with a soft spot for animals and the humane society, Brent said. He loved tennis and camping and would take camping trips almost every weekend in the summer.

“He took on a lot of dif­ferent chal­lenges as a pro­fessor,” Brent said, noting that Tem­pleton was the men’s tennis coach at Hillsdale for a few seasons and also started a com­mu­ni­cation arts program at the college.

Hillsdale faculty regarded Tem­pleton well and ben­e­fited from his efforts in the English department, Busch said.

“He was just one of those really steady people who tried to do right by the college and the people he worked with,” he said. 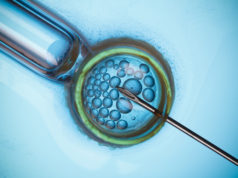 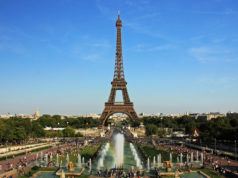 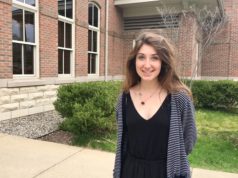