Some streets in Hillsdale underwent an extreme makeover this summer as part of the City of Hillsdale’s summer-long infra­structure project, which ini­tially focused on replacing aging water and sewer lines close to the St. Joseph River.

The city  didn’t stop there, as more projects are on track to be com­pleted before the project comes to a close next month.

Two years ago, the city of Hillsdale applied for a $1 million Infra­structure and Capacity Enhancement (ICE) grant from the Michigan Eco­nomic Devel­opment Cor­po­ration (MEDC) without success. Applying again in 2017 for the same grant, which had grown to $2 million with a 10 percent match by the city, the city was granted the funds at last.

Hammel has overseen the project throughout the summer and intends to keep the cost of con­struction to a minimum, though he also wants to impact local schools and busi­nesses as little as pos­sible.

“The longer con­struction window allows for cheaper cost,” Hammel said. “The scheduled com­pletion date is the end of October and has been since we applied for the project. We strive to min­imize the impact on busi­nesses and stu­dents.”

As it stands, the project is on time and under budget.

“We’re expecting con­crete to go in on the north side in mid-October,” Hammel said. “The window is really tight, but as long as we keep hitting our mile­stones I expect the project to be closed on time. The best part is we’re under budget.”

The crews made a for­tunate dis­covery when digging up the old pipes earlier this year: the ground was mostly sand. This removed the need to haul sand to the site when refilling con­struction holes, saving the city $50,000.

The city of Hillsdale is busy com­pleting its plan, according to its PSA:

“All of the storm sewer work is scheduled to be com­pleted by the middle of Sep­tember. Once all the under­ground work has been com­pleted, attention will be turned to recon­struction of the streets including new con­crete curb and gutters, con­crete drive approaches, con­crete sidewalk and asphalt paving.”

In a larger sense, this project is part of a couple of infra­structure projects that depart from the status quo of the city.

“We’ve done more street work this summer than in the last decade com­bined,” Hammel said. “For me, that’s a tes­tament to [David] Mackie’s ded­i­cation to what the people want: better roads and side­walks.”

This includes a plan to resurface Hillsdale and West Streets next summer, which is why the city patched pot­holes on those streets earlier this year.

The ICE project and others are projects Ward 2 Coun­cilman William Mor­risey said he thinks are unan­i­mously good for the com­munity.

He said the con­dition of roads have major eco­nomic con­se­quences that the city wishes to avoid, like the low­ering of property values that limit tax revenue to fix the roads, the increased repair cost to vehicles forced to drive on bad roads, and the increased cost of repair that comes from water that stays on roads and causes further road damage in the absence of appro­priate storm sewers.

“These major road recon­struction projects, involving not only repaving but also installing the needed under­ground infra­structure and re-grading the road beds is an important step toward rebuilding the City’s infra­structure,” Mor­risey said. “No one likes the incon­ve­nience, but everyone will like the results.” 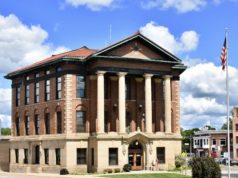 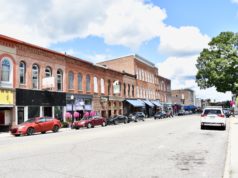