NEW YORK CITY, New York — We were some­where around the Ver­razano-Narrows Bridge at the edge of Brooklyn when the sickness began to take hold. I remember my brother Sean saying some­thing like “I need maybe seven Benadryl …” And I pulled over to the side of the road and found enough drugs to erad­icate the hives spreading down his legs.

Sean had bolted two $2 slices at Solo Pizza, a place that also served Asian food several hours before in Union Square. This is common in New York. And dan­gerous. Those little bodegas jammed between big buildings — serving thou­sands of people every day, under­paying workers, attempting to prepare cuisine orig­i­nating from opposite sides of the Earth — there’s bound to be a slip-up. And if you’re the sort of person who goes all John Bonham at even the scent of shellfish (and Sean’s no stranger to the allergic con­trac­tions of the throat), then Peking pizza is not for you.

But this is why we fled New York. The lim­itless pos­si­bil­ities of the city — a system of cells inter­linked within cells inter­linked within cells — rip the mind into 200 shredded copies of Jacobin whirling down Atlantic Avenue. Here is no love. The never-ending blare of ambu­lance sirens deafen dreams and remind the young American that this is the land of the dead.

Sean and I lurched across 66th Street after an early Mass, passing the Upper East Siders drinking their morning coffee and smoking big cigars. A young man stepped out in front of my car reading that new Barack Obama/Joe Biden buddy cop novel, “Hope Never Dies.” He was on a Sunday stroll, probably after an early night in with a bottle Kahlua and stale clips of “Kimmy Schmidt.”

But those of us who had been out all night were in no mood for fan fiction. We were in need of greasy food. And what better place, Sean and I learned in our coming trek through the rust belt, than A&W, the only fast food chain that claims the title “All-American” — embracing the used-up soul of this greying land.

MONTREAL, Canada — Trouble on the border. The Canooks won’t let Sean through without his passport, so we are forced to take a picture of a picture of the doc­ument and present it as the genuine article. A great strategy to get into the country … but will the Amer­icans see through the ruse on the way out? Yes! The American border guard rages at us for 20 minutes on our return, citing diplo­matic ten­sions with Canada, ref­er­encing 9/11 and all of its bitter security impli­ca­tions — but in the end, he lets us through without molestation.

But none of that mat­tered when we were seated in our first-ever A&W. It is by no means ironic that our first real taste of all-American food should come in a foreign land, and in one that insists on being more French than the French. Really. These Que­becois are insistent about the purity of their lan­guage: they post every sign in French, even at bas­tions of American culture like this roadside fast food joint.

Sean was sitting across from me holding a frosty mug of root beer and staring down at a pile of brown soup ladled over squeaky cheese curds and a pile of damp fries. The Cana­dians call it poutine; we call it crap.

And the langue de poulet — that’s what these faux Frenchmen are calling our chicken tenders — taste almost as bad as the mis­trans­lation: trans­lated directly from the French, langue de poulet reads “chicken tongues.”

CORTLAND, New York — Our inaus­pi­cious start in Mon­treal led to drop inor­dinate amounts of Canadian loons on the slots at a casino bor­dering Thousand Island Park, New York. It was there that we decided that America must make up for Canada’s sins. A&W is a revered insti­tution — even if Yum! Brands spun it off in 2011 as A Great American Brand LLC — and we would redeem it through our patronage.

Such were our thoughts as we pulled into the drive-in just outside of Cortland. It had every­thing: outdoor tables, an A&W‑themed mini-golf course, and an ATM for those who forgot this is a cash-only affair. Sean and I had just blown through all of Ludacris’ charting singles (and his charting fea­tures), so we needed a break.

And what a break this was. Do you remember that scene in Barcelona when Ted Boynton tells the American-cuisine-hating Spaniards that he craves “the ideal burger of memory?” Well, we found it, right there in Cortland, New York. If you’re ever passing through the between Bing­hamton and Syracuse, make a stop. Get the Bacon Crunch Burger.

SCRANTON, Penn­syl­vania — Strange nights on the turnpike. Yum! Brands jammed this A&W inside a Long John Silver’s (another restaurant chain the fast food con­glom­erate has since spun off since the Great Recession). The menu lacked and the loud­speakers in the restroom blared Scor­pions’ “No One Like You.”

BRYAN, Ohio — It is a sad thing to leave a brother behind — and it’s even sadder to visit an A&W (parked inside of a KFC) without him. By now the scourge of the Yum Brands era has become clear to me. Now, as a Yum! Brands stock­holder — who plans to use his earnings to buy an engagement ring — I shouldn’t crit­icize the cor­po­ration that owns Pizza Hut, Taco Bell, and KFC (as well as their eastern sub­sidiary brands orga­nized under the umbrella cor­po­ration Yum China) too heavily. These are fine brands, and they have brought an enlightened under­standing of American food to most of the free world.

But when they unloaded A&W, the remaining “All-American” branches housed within the same buildings as Yum! Brands were left scrounging off the floors. I’m sure you’ve seen this: a full-blooded KFC sharing a kitchen with the parody of an A&W. They might as well only sell the root beer.

DEXTER, Michigan — It was here that I recap­tured the glory of Cortland. There was no mini-golf, but this A&W didn’t need it. It had the Bacon Crunch Burger. It had the frosty mugs. It was closing time, and my car’s radio was blasting “Water­melon in Easter Hay.”

As I pulled in under that warm neon glow, I felt like the prodigal son had come home. And as the waitress handed me my fries, those words — perhaps the most beau­tiful ever written — came to mind: His father, when he saw him coming, ran to meet him. 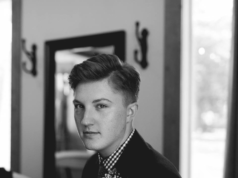 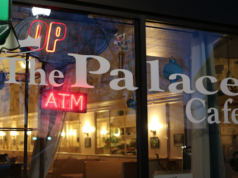 The Weekly: Bring back the Palace 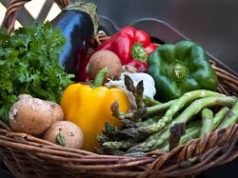