Aaron Tracey ’14 has ded­i­cated himself and his work to Hillsdale’s mission — first as a student, then as an admis­sions coun­selor, and now as director of hos­pi­tality oper­a­tions for the Dow Hotel and Rockwell Lake Lodge.

Tracey accepted a job in the admis­sions office soon after grad­u­ation, and for the past four years, recruited stu­dents for the college. During that time, he expanded the number of stu­dents who attended Hillsdale’s Summer Study Abroad pro­grams for high school stu­dents. In May, he began working for the Dow Hotel, where he strives to provide a wel­coming and hos­pitable envi­ronment for those vis­iting the college.

Working at the Dow Hotel is another way for Tracey to be an ambas­sador of Hillsdale’s mission.

“By serving indi­viduals, we give example of the college’s Christian tra­dition. We create a culture to have those con­ver­sa­tions — to tell people about the college and teach its prin­ciples,” Tracey said. “I did that in admis­sions, and I do it here through con­ver­sation and through acts of service.”

“Everyone brings dif­ferent strengths as coun­selors,” Miller said. “But his voice was uniquely his own in finding the right-fit stu­dents. His work ethic, above every­thing, was incredible.”

Senior Adam Lauth worked in the Dow Center Hotel during his freshman and sophomore years. He set up events like the CCA and Praxis, and he cur­rently he works as a student ambas­sador for the admis­sions department.

“It’s good that Hillsdale has Aaron being the face on the public side — the first face that vis­iting speakers meet going through Dow,” Lauth said. “It’s good to know that he is there and that they will have a good expe­rience.”

As a manager, Tracey works to ensure that vis­itors are accom­mo­dated well and events run smoothly. He meets with Bon Appetit and campus groups that use space in Searle, Phillips Audi­torium, and the Old Snack Bar. He also helps coor­dinate trips to Rockwell lodge for the biology research and sports teams’ retreats.

“He is the kind of guy who is easily available, so he’s a good fit for the Dow Hotel,” Lauth said. “If he is inter­acting with groups of people or speakers, he will be a great fit for that.”

Tracey encourages all stu­dents and student groups to make the trip to Rockwell Lake Lodge, located an hour and a half north of Grand Rapids, Michigan.

Tracey said he hopes to work in Dow long-term, and though he is cur­rently busy working on day-to-day tasks, Tracey said he even­tually will work with staff to improve oper­a­tions.

When not up the hill, Tracey enjoys spending time with his wife, Zoe (Hopkins) Tracey ’16, assistant swim coach and assistant sports infor­mation director, and their dog Sampson. He also coaches men’s soccer for Hillsdale High School.

Tracey said that he misses working closely with other admis­sions coun­selors. But he still has oppor­tu­nities to do what he enjoys — sharing Hillsdale’s mission with others.

“It’s not just a place to go to work everyday. Every person who works at Hillsdale knows the purpose of its mission,” Tracey said. “Hillsdale is a great place to work because of the great people and the oppor­tunity to be an advocate of its mission. I want to be a doer in that.” 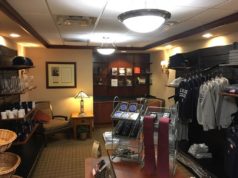 Market store to open in Dow Hotel this month 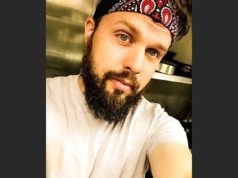 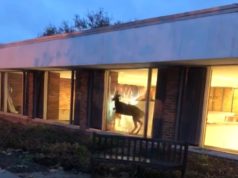