At this point, many people have written deserving tributes to John McCain. And since it is impos­sible, of course, for an untested 20-year-old to rightly eulogize a man 61 years his senior, who spent six years being tor­tured in a Viet Cong prison camp — com­pounded with the addi­tional pain of serving five con­sec­utive terms in the United States Senate as well as flaming out in two pres­i­dential cam­paigns — I’ll leave it to those who actually knew McCain to appraise his career. 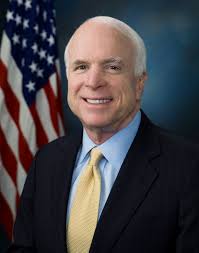 But I do have one story. In the fall of 2008, the day after McCain and former Pres­ident Barack Obama addressed the “Joe the Plumber” flap in the final pres­i­dential debate at Hofstra Uni­versity, I’m sitting in the barber’s chair after school watching the news unfold on TV.

We all know McCain is not going to win. Obama boasts a tieless charisma and a trendy oppo­sition to American involvement in the Middle East — sure signs he will bulldoze the aging warhawk come November.

When the screen switches to com­mer­cials, Ken, my barber, mutes it. For several minutes, all we hear are the warbly overhead tones of MIX 107.3 WASH FM (the best of the 80s, 90s, and the ever-extending today) fil­tering Blondie’s “The Tide is High” into the oth­erwise quiet room.

Sud­denly a McCain-Palin endorsement flashes across the screen, pumping up the white haired senator and his erst­while sidekick — the future star of such shows as “Sarah Palin’s Alaska” and “Amazing America with Sarah Palin.” Ken flips the sound back on just in time for us to hear the grating music behind duo’s self-pro­claimed call word: mav­ericks.

Even then, I knew he was right. McCain was always the wrong sort of out­sider to nab the pres­i­dency; gad­flies never adapt well to the needs of the estab­lishment.

But I soon learned that Ken respected McCain — so much, in fact, that he added him to “The Hall of Losers,” a shrine made of political bumper stickers tacked up on the wall under Ken’s other prized pos­session, a signed Dick Tracy comic. The Hall of Losers com­mem­o­rates the men who, in Ken’s mind, were either too crazy or just too unlikable ever to have a shot at the White House.

And after 2008, McCain joined the ven­erable ranks of Howard Dean, Mitt Romney, and Lincoln Chafee. He is the only name to make the list twice, because, as Ken once said, McCain’s gim­micky Straight Talk Express in his 2000 primary run against George W. Bush was crazy and his support for The War on Terror in 2008 — even as the global economy tanked — was detestable.

Outside of The Hall of Losers, Ken would rarely weigh in on the con­stant political gun­slinging that pinged around his McLean barber shop, except in that enabled the jabber by often cutting politicos’ hair. After 30 years in the business, Ken under­stood that D.C. is a town reserved for the winners — and to stay on top, it’s not enough to spit hatred at your enemy. You must under­stand how the two of you bring each other to deep con­tem­plation.

Perhaps this is why McCain holds such a prominent spot in The Hall of Losers. More so than any other major league American politician today, he was unafraid to make enemies both within his party and without — and above all, he never backed off of a sure-fail plan. Doing oth­erwise would mean com­pro­mising his prin­ciples.

The late David Foster Wallace — in one of his few still-worth­while essays — chalked up McCain’s tenacity in the face of loss to his impris­onment in Vietnam.

“The fact is that John McCain is a genuine hero of the only kind Vietnam now has to offer, a hero not because of what he did but because of what he suf­fered – vol­un­tarily, for a Code,” Wallace wrote. “This gives him the moral authority both to utter lines about causes beyond self-interest and to expect us, even in this age of Spin and lawyerly cunning, to believe he means them.”

And like him or not, McCain always kept true to his code. He leaves a legacy of tren­chant oppo­sition to pop­u­larity — and that’s just the sort of loser I can respect. 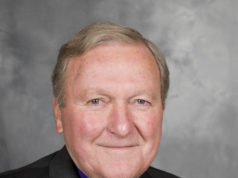