After com­piling its best regular season record in five years, the Hillsdale football team has its sights set even higher in 2018. Hillsdale fin­ished 7 – 4 and in third place in the G‑MAC in 2017. According to a pre­season coaches poll, the Chargers are expected to again finish third in the nine-team con­ference, but by a closer margin. Hillsdale even received one first-place vote.

The two teams that fin­ished ahead of Hillsdale last season, Ohio Dominican Uni­versity and the Uni­versity of Findlay, are favored to lead the G‑MAC again this year. The Chargers begin their season at home on Sat­urday at 7 p.m. against Mer­cy­hurst Uni­versity. Hillsdale defeated the Lakers in week one last year, 19 – 11.

The beginning of the regular season marks the end of a three-week summer training camp. Head coach Keith Otterbein was pleased with his team’s effort and attention to detail throughout camp.

“Kids showed up locked in. They’re really focused, really geared into what we’re trying to do,” Otterbein said. “We put a lot of infor­mation at them, and they were for the most part doing a pretty good job of assignment football and playing hard. There was a lot of enthu­siasm and a lot of excitement throughout the whole camp.”

If the Chargers are able to surpass ODU and Findlay and win a con­ference cham­pi­onship in 2018, it will likely be because of their offensive fire­power. Senior quar­terback Chance Stewart returns for his fourth and final season. In 2017, Stewart threw for a career-high 2,695 yards and tossed 16 touch­downs. He also was valuable when using his legs, adding six more touch­downs on the ground, most of which came at the goal line.

Stewart will work with an expe­ri­enced receiving corps led by senior wide receiver Trey Brock. Brock paced the team in recep­tions, receiving yards, and receiving touch­downs in 2017, despite a slight regression in his pro­duc­tivity from 2016, when he was an hon­orable mention All-American. Brock enters the season just 113 receiving yards shy of the school record held by Buffalo Bills wide receiver Andre Holmes ‘11.

In addition to Brock, senior wide receiver Austin San­dusky pro­vides expe­rience and explo­siveness at the slot position. After the two senior leaders, the receiving unit is deep, young, and loaded with potential. The group figures to benefit from the veteran lead­ership of Stewart, Brock, San­dusky, and senior tight end John Brennan.

Sophomore wide receivers Konnor Maloney and Alexander Giampietro are just two wideouts Stewart will have among an array of potential targets.

“It’s every quarterback’s dream to have mul­tiple weapons like that so it’ll be really exciting,” Stewart said.

Bal­ancing the aerial attack will be a solid running game, fea­turing junior running back David Graham. Graham came into his own last season, rushing for 1,050 yards and 18 touch­downs. Graham likes the direction the offense seems to be heading with the year about to begin.

“We’re solid in all phases of the game. We’re deep at wide receiver, we’re deep at running back, and we’re deep at quar­terback,” Graham said. “I’d expect to see some big plays this year and a steady offense once we get it developed.”

Both Graham and Stewart will rely on a rel­a­tively untested offensive line that returns just two starters. Otterbein said the com­pe­tition for the remaining three posi­tions will con­tinue into the beginning of the season.

“We’ve had some guys bat­tling it out pretty good,” Otterbein said. “The young guys have done a good job of stepping up and plugging in. We’re going to rotate some guys in and see how they do in the heat of the battle to determine who, in the long run, is going to win those jobs.”

The Chargers return a defense that remains mostly intact from last season. Hillsdale shut out its opponent three sep­arate times in 2017. Senior defensive back Wyatt Bat­dorff, the G‑MAC’s leading tackler a year ago, leads the sec­ondary as a team captain this season. He sees potential at every position for the Chargers on defense.

“Our sec­ondary and line­backers are very skilled. The line has some very good players but they’re also very young,” Bat­dorff said. “All around, I don’t see any weak spots. I’m looking forward to our defense — I think we might even be better than last year.”

The Chargers haven’t won a con­ference cham­pi­onship since 2011, when they won the regular season GLIAC cham­pi­onship. Their potential sug­gests they could compete for a G‑MAC title in 2018, but Otterbein and his players agree that it all starts with week one against Mer­cy­hurst.

“We’re trying to just take it one game at a time. We want to try and get better at little things every day and always work hard — never take plays off,” Graham said. “We’ve got high hopes for this year, but we can’t get too ahead of our­selves. We’ve got to take care of each game.”

As for what to expect on Sat­urday, Stewart offered a preview.

“We’re going to score a lot of points. Football is fun when people are getting into the end zone,” Stewart said. “Come on out and watch some great football because it’s not every year we have a Trey Brock running around or a David Graham in the back­field. It’ll be fun.” 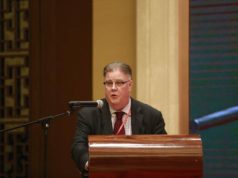 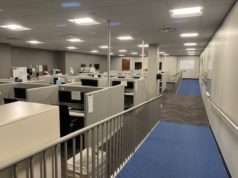