When Devaun Chandler was sold into human traf­ficking by her own mother to her brother-in-law, at the age of 13, she did not realize she was a slave. She had already been sex­ually vio­lated prior to this point.

On Thursday evening, Inter­Varsity Christian Fel­lowship brought Chandler, a sur­vivor of human traf­ficking and vice pres­ident of the metro Detroit division of Save Our Ado­les­cents from Pros­ti­tution, to speak to stu­dents about how to fight human traf­ficking. Before a full audience at Phillips Audi­torium, Chandler shared her sur­vival story.

Senior Eliz­abeth Garner, who coor­di­nated the event in col­lab­o­ration with Inter­Varsity, said the group almost had to cancel the event when the original speaker, S.O.A.P. founder Theresa Flores, was unable to come due to sickness that morning. For­tu­nately, Inter­Varsity was able to contact Chandler, who spoke in her place.

“It really was a miracle that we were able to find a sur­vivor who was also a Christian, heavily involved with the S.O.A.P. out­reach, and available at such short notice,” Garner said.

Chandler shared her per­sonal story, explaining how she did not under­stand what was hap­pening to her while enslaved between the ages of 13 and 16.

“I thought it was my choice, because I did it and my brother-in-law did not have to hit me to get me to do it,” Chandler said. “I did not know I was a slave.”

Chandler explained traf­fickers play on emo­tional vul­ner­a­bility, which is why an average 50 percent of human traf­ficking victims are children, since they are more emo­tionally insecure.

“They use a lack of knowledge of your own value to use you,” Chandler said. “I didn’t know I had value, so I thought I owed some­thing to them.”

Freshman Danielle Lee, who attended the event, said she was sur­prised to dis­cover human traf­ficking victims could be so young.

“I always thought it was just older women,” Lee said. “But when I heard that children were a main target, it showed me that human traf­ficking can mess with people’s minds at such a young age, causing them to grow up with dam­aging effects.”

Most girls and boys in human traf­ficking will not try to escape, Chandler said, because they do not think there are other options, and their enslavers have con­vinced them no one else will love them. Often, victims think the lifestyle they are forced to submit to is their own fault, she added.

According to Chandler, this psy­cho­logical slavery is also the most dif­ficult aspect of human traf­ficking to overcome. She said even today if she saw her brother-in-law, she would feel she owed some­thing to him, because that habit was ingrained in her mind at such an early age.

It was not until after attending a S.O.A.P. event that Chandler decided to start speaking about her slavery to try to help other girls. S.O.A.P. works by leaving bars of soap, labelled with the national human traf­ficking hotline number, in one of the greatest hotspots for human traf­ficking today: hotel rooms.

Freshman Keely Rendle, one of the 22 vol­un­teers, said vol­un­teers also shared signs of traf­ficking while deliv­ering the soap to help hotel employees be more aware.

“If a girl comes in and she’s not appro­pri­ately dressed, or has no baggage, something’s not right,” Rendle said.

Garner said employees not far from Hillsdale wit­nessed traf­ficking in their own hotels.

“They’ll see a young girl with a much older man getting a room, and then mul­tiple cars coming through. It’s obvious what’s hap­pening,” Garner said.

Though employees have called the cops, the girl often does not escape, due to other threats behind the scenes.

“Really the best option would be for the victims to find the soap, during their only moment alone when they’re cleaning up in the bathroom, and be able to call the human traf­ficking hotline,” Garner said. “Because those people know how to handle these sit­u­a­tions, and they can do a type of under­cover mission to rescue the girls.”

Because of the huge financial success of the industry, human traf­ficking con­tinues to take an average of 300,000 victims around the globe each year, a large per­centage of whom are never found, Chandler said.

“There’s a huge demand for it,” Garner said, “which means that it’s going to con­tinue to happen way more often than we realize or would like to think.”

“The odds aren’t really great, so you can kind of look at it hope­lessly. But God can work through the tiny things, which is com­forting. We did our part and delivered the soap; now we just need to pray that God will use that,” Rendle said.

“Be smart. Trusting your gut is a huge thing. I was taken to a Lover’s Lane at 14, with my brother-in-law,” Chandler said. “When the woman working asked me if I was okay, I told her to leave me alone. But if she had called the police, that would have been an actual step that would have made me realize some­thing was wrong. So don’t hesitate.” 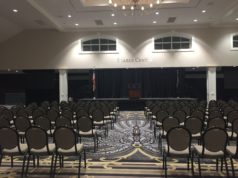 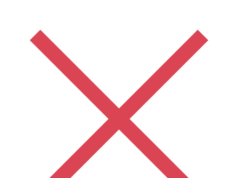 Trafficking survivor to speak on Thursday