The house­mates opted to start a zero-waste lifestyle in October, switching out plastic and dis­pos­ables for glass and reusable bags, after Block saw a video pro­moting it.

“Living zero-waste means that, to the best of our ability, we don’t buy any­thing that can’t be recycled indef­i­nitely,” Barlass said.

The average American pro­duces just under four and a half pounds of garbage every day, according to the Envi­ron­mental Pro­tection Agency. And while glass and metal can be recycled indef­i­nitely, Block said, plastic must be “down­cycled” to a lower quality, meaning it ends up in a landfill even­tually, too.

“Plastic is the end product,” Block said. “There’s nowhere to go from there. All the plastic you use in this lifetime is going to outlive you.”

Pres­ident of the Con­ser­vation Club Andrea Wallace said that many people don’t con­sider the energy it takes to make a product.

“They often don’t con­sider the energy and resources required to make the item they are throwing away,” Wallace said. “Espe­cially in the case of plastic, pro­duction con­tributes to the green­house gases in the atmos­phere that are warming our climate, whether you like it or not.”

Block and Barlass have tran­si­tioned to shopping with reusable glass jars and produce bags. They also began eating vegan, since most meat and dairy products only come in plastic pack­aging.

Although most veg­etables come plastic-free, Block and Barlass have struggled to find zero-waste cau­li­flower because it usually comes wrapped in plastic.

Block said that in addition to helping the envi­ronment, the lifestyle has taught her to ask ques­tions and stand up for herself. She said that some stores or restau­rants will put food, such as cheese from the deli counter or a take-out ice cream, into reusable con­tainers if asked.

“It takes a lot of con­fi­dence to do that,” Block said.

The house­mates buy from Hillsdale Natural Grocery, since it sells bulk food that buyers can load into their own con­tainers. Barlass also sug­gested buying from local sources, since farmer’s markets or smaller busi­nesses tend to be flexible.

Block said that buying zero-waste has impacted the way she thinks about food, since she is buying more raw ingre­dients than pre-made food.

“It’s been really rewarding,” Block said. “Food is much more fla­vorful. It’s caused me to expand my horizons in cooking.”

But, she added, if they forget to prepare it can be easy to slip into old habits.

Wallace said it’s pos­sible to cut back on waste, even in college.

“Be diligent about recy­cling your pack­aging from Kendall’s grab-and-go, don’t use lids and straws when you go out to eat, don’t use cheap plastic water bottles,” she said. “The first step in going zero-waste is refusing items you don’t need to use, espe­cially single-use plastics, so there are plenty of ways to start that in a college envi­ronment.”

Both Block and Barlass said they plan on con­tinuing living zero-waste. They said some easy ways to cut back on waste is to use reusable produce bags and to buy tooth­brushes with a bamboo handle. 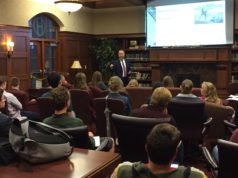 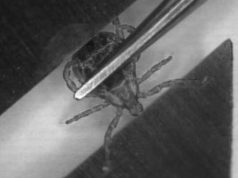 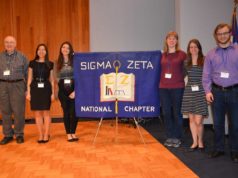