The first person in Michigan history to serve in the exec­utive, leg­islative, and judicial branches spoke about two heroines at Hillsdale College on Wednesday afternoon.

Attorney General Bill Schuette, who is in the running to become the 49th gov­ernor of Michigan, told the story of two women whose courage and talent brought to justice con­victed serial child molester Larry Nassar. Schuette spoke in Phillips Audi­torium to a group com­prised mostly of donors. In his speech, he described the stories of Angela Povi­laitis, the attorney who pros­e­cuted Nassar, and Rachael Den­hol­lander, a former gymnast who first exposed Nassar’s crimes.

“Rachael’s voice stopped Larry Nassar,” Schuette said. “Her courage made it pos­sible for more than 250 women to come forward, and stand up, and use their voices, and condemn a man who abused them during the most tender of years.”

Schuette assigned Povi­laitis to pros­ecute Larry Nassar, a former osteo­pathic physician at Michigan State Uni­versity. He has promised a thorough inves­ti­gation into how Nassar com­mitted sexual assault for decades in a state uni­versity.

“When I assigned Angie Povi­laitis to be the lead pros­e­cutor in the Larry Nassar case, I knew her skills as a pros­e­cutor made her the right choice,” Schuette said.

“When insti­tu­tions fail, the solu­tions must come from indi­viduals,” he said.

“The way he dis­cussed the role of women in terms of helping one another in the state was very impressive,” she said. “I’m excited to see what his cam­paign holds.”

Schuette, a Repub­lican, announced his cam­paign for gov­ernor on Sept. 12.

His bid for gov­ernor is the next step for a politician who has con­sis­tently held federal and state office for about 30 years. He served as Michigan’s 10th Dis­trict rep­re­sen­tative from 1985 to 1991, when he accepted a position as director of the Michigan Department of Agri­culture until 1995.

He’s a native of Midland, Michigan, the same town where his parents raised him and he raised his children. His life in Midland inspired his first book, “Big Lessons from a Small Town.” The book does not endorse political posi­tions. Instead, he recounts his story, starting as a waiter and rising to become the leading GOP can­didate for Michigan gov­ernor.

The most recent polls from Real­Clear­Pol­itics show Schuette leading his GOP primary oppo­nents by more than 20 points. Schuette will face leading Repub­lican oppo­nents Lt. Gov. Brian Calley and state Sen. Patrick Colbeck in the Aug. 7 primary. In a head-to-head matchup against Gretchen Whitmer, former senate minority leader and the leading Demo­c­ratic can­didate for gov­ernor, Schuette would lose by 7 points, according to a Detroit News poll.

After Schuette’s speech about the women who exposed and pros­e­cuted Nassar, the audience asked policy-ori­ented ques­tions about his cam­paign for gov­ernor.

Schuette touted his adherence to the rule of law in Michigan as it applied to pros­e­cuting sexual assault cases and the Flint water crisis. An audience member asked how he would apply the rule of law to immi­gration in Michigan.

“I’m a rule of law guy,” he said. “Those states that are ignoring the federal law are wrong. If you don’t like the law, then you change it, but you don’t fla­grantly violate it.”

He did not give his stance on con­tro­versial federal issues, like the border wall or Deferred Action for Childhood Arrivals. Schuette refused to answer ques­tions about the federal gov­ernment, specif­i­cally those relating to Pres­ident Donald Trump. Instead of wor­rying about drama in national pol­itics, he said he is con­cerned about “jobs and pay­checks” in Michigan.

Another audience member asked how Schuette would address opioid abuse if elected gov­ernor.

“You have to do two things. You have to have greater treatment facil­ities for people to help them get well,” Schuette said. “We need better edu­cation about the dangers of opioid abuse.”

He said “unscrupulous doctors who over­pre­scribe” have con­tributed to the problem. He also said Michigan has to solve the issue through treatment, adding that “you can’t arrest your way out of this.”

“He high­lighted how he upholds the rule of law and con­ser­v­ative policies, such as a lower tax rate and pros­e­cuting corrupt offi­cials,” said senior Jonathan Moy, who works on Schuette’s cam­paign. “He has set his goals high, and I think he’s accom­plished them.” 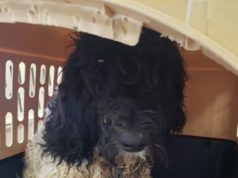 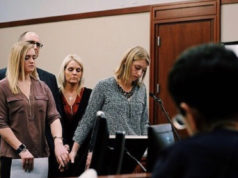 To face a monster 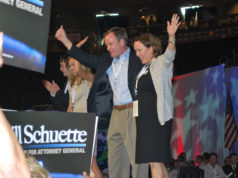