At 7:40 p.m. on a Sat­urday, junior Thomas Ryskamp was sitting in his bedroom when he got a phone call from a singer in dis­tress. It was the fall of 2017, the evening of Sigma Alpha Iota’s concert, and junior Shiloh Carozza had no one to play piano alongside her. Things hadn’t worked out with her original accom­panist, and after fruit­lessly searching the music building for help, she called Ryskamp.

“When he answered, I lit­erally asked him, ‘Can you save my life?’ to which he replied, ‘Well, it would depend on what that entails,’” Carozza said. “He arrived at Howard from Simpson in shorts and a T‑shirt, ran through the piece with me once beforehand, and then got up to perform it about fifteen minutes later. To this day, he insists that he was not sight reading, but con­sid­ering that it was 20 minutes before the concert, I think that counts.”

Ryskamp said he asked Carozza if she wanted him to change clothes, but she said no. He adds, “And also, for the record, I had seen the song before, so I was not sight-reading.”

Among both stu­dents and faculty, Ryskamp has developed a rep­u­tation on campus for his depend­ability and skill on the piano. An accounting and music double major, Ryskamp says he’s con­sid­ering studying accom­pa­niment in graduate school. But for now, he’s busy per­forming at the college, both accom­pa­nying and per­forming solo.

“One of Tom’s strengths is his ability to learn music quickly,” Teacher of Music Brad Blackham, Ryskamp’s piano teacher, said. “He’s a strong sight-reader and he has a ter­rific ear, including perfect pitch or rel­ative perfect pitch — I’ve never come out and asked him which it is though. So he’s been an asset to our department as an accom­panist because of his quick learning.”

When asked, Ryskamp said he does have perfect pitch, a coveted talent among musi­cians that allows them to rec­ognize or produce any musical note.

Ryskamp will con­tinue to share his skills with a solo per­for­mance of the first movement of Beethoven’s “Piano Con­certo No. 4 in G Major, Op. 58” during the orchestra concert May 10. He chose the 20-minute piano solo to audition for the annual con­certo com­pe­tition because he liked the way the piano and orchestra play both together and sep­a­rately — and he gets to “show off” a bit.

“The piano and orchestra really take turns, and the piano has to be a lot more sen­sitive,” Ryskamp said. “The con­certo is my time to shine. The only time you shine as an accom­panist is if the per­former messes up and there’s someone in the audience who knows the music, realizes that the per­former messed up, and notices that the accom­panist caught them right away. It’s our job not to be noticed.”

Ryskamp said he doesn’t mind the lack of recog­nition that comes from playing music as a backdrop, and he prefers accom­pa­niment because it’s more of a chal­lenge.

“I think I like accom­pa­niment more, and not just singers, but also instru­men­talists,” Ryskamp said. “It gives the added chal­lenge of bal­ancing your sound with theirs and sounding good as a group. And it gives a variety of sound that you don’t get from just the piano.”

Many of the stu­dents Ryskamp accom­panies are voice stu­dents of Lec­turer in Music Karl Schmidt, who said Ryskamp has incredible key­board and sight-reading skills.

“To put it simply, Tom Ryskamp is one of the best pianists I have ever worked with,” Schmidt said. “He can accompany clas­sical and musical theater with equal facility. And on top of all this, he is not only won­der­fully gifted and hard­working, but a joy to work with.”

After prac­ticing his con­certo for three-quarters of a year, Ryskamp said he looks forward to per­forming in a full Markel Audi­torium at the orchestra concert.

“It’s so great to be able to play with the Hillsdale orchestra because they learn so fast and they play so well. And they adjust so quickly too. It’s just a great expe­rience,” Ryskamp said. He added, stretching his long fingers into the “okay” sign to signify approval, “And also, the Steinway piano that I’ll be playing on is incredible.” 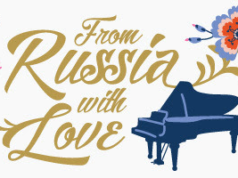 Rick to play pieces ‘From Russia With Love’ 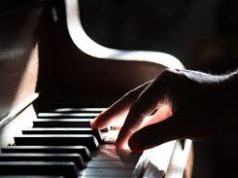 The piano in Saga ain’t gonna play itself 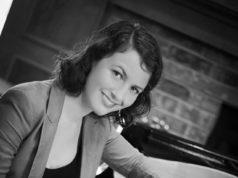 From Siberia to Hillsdale: Pianist and horsewoman Katherine Rick