Kendrick Lamar beat out a string quartet and a cantata to take the 2018 Pulitzer Prize for music on Monday. That’s an extra $15,000 and another notch in the Compton rapper’s belt for his Grammy-winning album “DAMN.”

The Pulitzer Prize website described the rapper’s album as “a vir­tuosic song col­lection unified by its ver­nacular authen­ticity and rhythmic dynamism that offers affecting vignettes cap­turing the com­plexity of modern African-American life.”

This is quite flat­tering for an artist who’s only been an A‑list celebrity for the past six years or so. This isn’t a cap­stone on a decades-spanning career, but it does mark the first artist outside of jazz and clas­sical music to take the award.

It’s a big step for rap and hip-hop, as it marks an end to the unspoken boycott of pop and rap by the Pulitzer Prizes. Even then, it should be noted that the cantata in question was a spoken word nar­rative with a chamber choir, electric guitar, and drums. Clearly the judges weren’t averse to more lyrical works.

Does Kendrick Lamar truly deserve the Pulitzer Prize for “DAMN.” or is this an attempt to stay hip? The album received gen­erally pos­itive reviews and had every song topping Apple Music’s charts the night it released a year ago, but it also came on the heels of two out­standing projects and “untitled unmas­tered,” a com­pi­lation album of impressive throwaway songs.

Before the dis­cussion gets hung up on whether rap deserves a Pulitzer in general, it’s important to note the judges’ thought process. In an interview with the New York Times, music critic David Hajdu said that the judging com­mittee realized some modern clas­sical artists demon­strated influ­ences of hip-hop in their work. Because of this, rap sud­denly had a foot in the door, with “DAMN.” receiving a shot at the prize.

Nev­er­theless, “DAMN.” cer­tainly doesn’t bear the same artistic merit as its pre­de­cessors “good kid, m.A.A.d city” and “To Pimp a But­terfly.” Both of Lamar’s pre­vious albums told a nar­rative and more explicitly addressed “African-American life.” The single “Alright” from the latter project even became the anthem of the Black Lives Matter movement. It seems the Pulitzer Prize’s own rationale for awarding “DAMN.” is meant for the rapper’s greater body of work.

Like Lamar’s 2016 Best Rap Album Grammy for “To Pimp a But­terfly,” the Pulitzer award seems late. It’s a great honor, and a long time coming, but it seems more like a “happy belated” than a cel­e­bration. “To Pimp a But­terfly” was more than a col­lection of singles and cer­tainly more focused than the still-impressive “DAMN.” Drenched in jazz and funk influ­ences, “To Pimp a But­terfly” forced lis­teners to dive into the pol­itics of racial inequality and dis­crim­i­nation while even spawning college courses cen­tered around the project.

In short, if Lamar deserved a Pulitzer Prize, it was two years ago. And if the Pulitzers needed Lamar to maintain their con­nection with music, they have a lot of catching up to do. 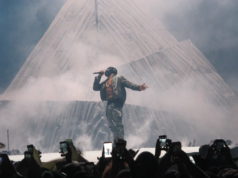 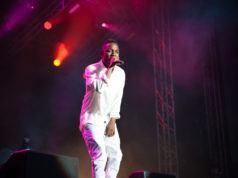 Kendrick should win the AMAs

In review: Is anybody praying for Kendrick Lamar?