Not “have an abortion and don’t appro­priate other people’s cul­tures.”

But if Planned Par­enthood has its way, Disney princesses will be a lot more involved in modern social justice and political causes, and little girls will learn very dif­ferent lessons. Instead of demanding new “woke” princesses, we should focus on letting Disney princesses teach children good values based on uni­versal prin­ciples.

A Penn­syl­vania Planned Par­enthood branch faced backlash for a since-deleted tweet from March 27 that read, “We need a disney [sic] princess who’s had an abortion.” The tweet also demanded a princess who is an undoc­u­mented immi­grant, one who is a union worker, and yet another who is trans­gender (unless they meant this should all be the same princess).

In response, Joanna Rothkopf wrote on the women’s blog Jezebel that sta­tis­ti­cally, two of the 11 official Disney princesses have had abor­tions and “aren’t telling you about it because of a national culture of shame and misogyny!!!” Jena Greene wrote in the Daily Caller that sta­tis­ti­cally, about half ofthese princessess would be pro-life and half would have voted for Donald Trump.

It’s not clear why either writer wants to apply sta­tistics about modern American women to fic­tional char­acters whose stories take place all over the world and throughout time, from China in the Han dynasty to 1912 New Orleans (not to mention the fic­tional kingdoms of Agrabah and Atlantica).

Planned Par­enthood based its gross statement in part on a tweet from comedian Sofie Hagen, which said, “We need a fat Disney princess.” Hagen is not the only one who has (sin­cerely) called for an over­weight princess. Last December, the Inde­pendent, a British online news­paper, pub­lished an article about two advo­cates who also have demanded a fat princess in an Instagram post.

But in addition to focusing on the weights and political opinions of princesses, some have placed a greater emphasis on the cul­tures of the stories than the actual char­acters. Last October, Cos­mopolitan pub­lished an article with the headline, “Maybe Don’t Dress Your Kid Up As Moana This Hal­loween?”

“Moana” tells the story of a young girl who sailed across a dan­gerous ocean to save her island. She’s an excellent example of courage, and when we view her simply as a Poly­nesian princess, we lose sight of the good values she exem­plifies. Unfor­tu­nately, that’s just what Cos­mopolitan did.

“It’s on you to teach your kid not to be racially insen­sitive,” the piece argues. “There’s no better time than when a kid is in their for­mative years to teach them that it’s not OK to mock other people’s cul­tures.” Cos­mopolitan doesn’t seem to realize that children dress up as their heroes as a sign of admi­ration, not mockery, as if wearing a grass skirt and bandeau top is making fun of Poly­nesian culture.

Each of Disney’s princess films teaches lessons about the impor­tance of good char­acter. In “The Princess and the Frog,” Tiana rec­og­nizes that hard work is important for reaching her goals. Belle sac­ri­fices her freedom for her father, and helps her captor find redemption in “Beauty and the Beast.” Poc­a­hontas and Mulan risk their lives for their loved ones, as does Anna in “Frozen.” Children should be encouraged to think about how they can be vir­tuous in their lives, just like the princesses.

Senior Andrea Wallace por­trays princesses and other beloved heroines at children’s events, and her job often includes explaining how princesses can serve as examples of good char­acter.

“We see every princess as an example of goodness, truth, and beauty, who dis­covers and grows these char­ac­ter­istics through her unique story,” Wallace said. “I think it is important to appeal to uni­versal themes so that princesses can con­tinue to belong to everyone, not just polarized political groups.”

The world doesn’t need a Disney princess who has had an abortion, who voted for Trump, or who is over­weight. We don’t need oppor­tunists to exploit Disney’s pop­u­larity for their own causes. We need people who are coura­geous and kind, just like the princesses. 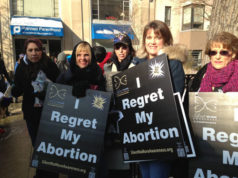 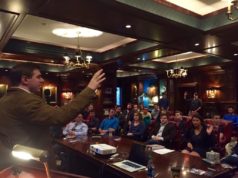