Although the Hillsdale College Choir and Chamber Choir typ­i­cally perform with limited accom­pa­niment, a variety of instru­men­talists, from cel­lists and harpists to marimbas and an alto flute, will join them this weekend.

Susena Finegan, a senior music major who has been in both choirs since her freshman year, said she thinks live accom­pa­niment adds a new dimension to the music.

“I really love singing acapella. When you really hit those notes, and it doesn’t go sharp or flat, I think it sounds really great without accom­pa­niment,” Finegan said. “But I do think that adding a small orchestra does adds another element to the music.”

The concert will feature “Jubilate Deo” com­posed by Dan Forrest. Inspired by the verse in Psalm 100 “O be joyful in the Lord, all ye lands,” the work takes 45 minutes to perform and is sung in a mix of seven dif­ferent lan­guages.

“There is a real pos­itive spirit with this piece,” James Holleman, the chairman of the music department, said. “It is going to be a real high energy and real pos­itive concert.”

Despite the pos­i­tivity of “Jubilate Deo,” Finegan said she thinks the high­light of the concert will be the pieces com­posed by Palestrina.

“We are doing a few pieces from ‘Kyrie Eleison’ by Palestrina, and I think those pieces are just beau­tiful,” Finegan said. “I think it is really going to impact the audience.”

During the concert, seniors from both choirs will be rec­og­nized. Ten of the 29 members of the Chamber Choir will be grad­u­ating this spring.

“The seniors have been a tight-knit group, and they have been a strong group of leaders,” Holleman said. “We will miss them, but that next group is going to step right up and try to fill those shoes. They usually do.”

Both choirs also began recording a pro­mo­tional CD this week. The CD will consist of seven acapella pieces and will be dis­tributed to donors in the fall of 2019 as a part of a capital cam­paign con­ducted by the Office for Insti­tu­tional Advancement. Holleman said the money raised by the capital cam­paign will pri­marily be used to fund student schol­ar­ships.

“We want to stand in service with the insti­tution and help with this cam­paign,” Holleman said. “There is basi­cally a theme that runs through the CD about why we sing, why we are artists, and why it is important to us.” 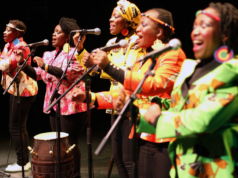 Nobuntu, a capella group to perform at College Baptist 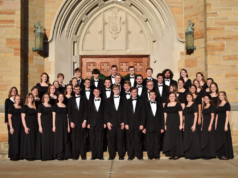 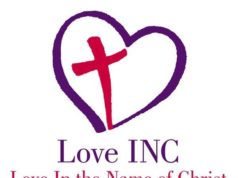