Cucumbers are not for drinking. And yet they keep turning up in liquid form.

Imagine going out to a nice restaurant with your family. Maybe Dad got a pro­motion, or your brother’s team won state.

You sit down to a table set with napkins folded into roses and peonies unfolding in a vase in the center. There’s bread and butter — fancy butter, with herbs and garlic in it — and there’s water.

You meet the waitress. You butter some bread. You take a sip of water.

And your mouth tastes of cucumbers. You realize too late that it’s cucumber water — water “infused” with flavor by soaking cucumber slices in it — and your face turns red as you try not to spit it out all over the china.

Sadly, this is a true story.

I can’t be the only one who doesn’t like cucumbers. Maybe I’m just picky, or maybe they are truly dis­gusting; while my head knows that this is a matter of opinion, my heart just can’t under­stand why anyone would love them. One thing I do know for sure is that cucumbers don’t belong in drinks.

There are two problems with the sce­nario at the restaurant.

First, the cucumber water was imper­son­ating plain old water. If you’re going to serve cucumber water, for goodness’s sake, let there be cucumbers in it! Let them be visible to serve as a warning, to make sure that everyone knows exactly what they’re getting into when they take a sip. No one should ever find herself with salad water in her mouth without knowing that it was coming.

The second problem was the whole process of requesting “normal water.” Water has a name. It’s water. If the word “water” was com­mu­nicative enough for Helen Keller to under­stand it as her very first word, I ought to be able to use it to com­mu­nicate with a waitress.

But no. Because the cucumber water was pre­tending to be water, I was forced to modify that most basic term, and ask sheep­ishly, “Can I have a glass of… regular water?” By serving cucumber water as if it were essen­tially equiv­alent to the old stand-by, only fancier, the restaurant made me feel like a plebian-of-unre­fined-taste, rather than a patron-of-our-restaurant-who-happens-to-hate-cucumbers-espe­cially-in-her-water.

Now, the­o­ret­i­cally, veg­etable-infused water is fine. I guess. Maybe it caters to those self-pun­ishing veg­e­tarians who would prefer to ingest veggies whenever they ingest any­thing. In that case, it is strange that cucumber water appears to be the only genus of the species “veggie water.” Where is the broccoli water, the zuc­chini water, the mushroom water? Maybe I’m not going to fancy enough restau­rants.

This whole con­ver­sation begs the question, what about other kinds of infused waters? Do you have a problem with lemon water, Ellen? What about water with oranges, rasp­berries, straw­berries?

Here’s the thing: Fruit has always been preferable to veg­etables. As any five-year-old knows, fruit just makes more sense as a drink. We drink lemonade, straw­berry lemonade, cherry soda, orange juice, apple juice, and mango mar­garitas. The same prin­ciples apply to infused water, even with fruit: If you’re going to modify water, make it obvious and make it optional. No poor soul should find herself with a mouthful of not-water that she didn’t expect, or feel inferior for pre­ferring water to whatever fancier iter­ation is available.

I hope you never have to suffer what I did at that restaurant. But you never know. Cucumbers are insidious, and cucumber water is always lurking. It’s some­where in the shadows of a can­dlelit dinner, in the embrace of a sparkling crystal glass, in the carafe that someone fills your cup with while you’re busy chatting. In the words of my roommate, “Cucumber water is a cruel joke.”

She wrong. It’s not a joke. But it cer­tainly is cruel. 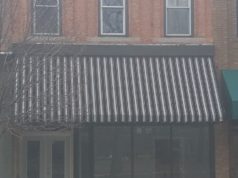 Filling Station fills up on changes and expansion 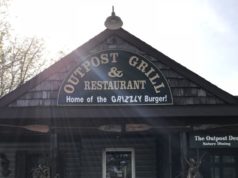 Great outdoor dining in and around Hillsdale