After offi­cials “con­tained” a school shooting at Great Mills High School in Maryland on Tuesday, CNN host John Berman con­ducted an interview with a student named Jonathan while the school was still in lockdown.

Berman asked the student fun­da­mental ques­tions about the event, including what hap­pened, what he saw, what he was being told, and at what time shots were fired. In addition to sharing his thoughts on the sit­u­ation and how he felt, Jonathan reported that he heard one person was dead and seven injured.

But later reports showed that two, not seven, stu­dents were injured (one in critical con­dition), and the 17-year-old shooter was pro­nounced dead hours later at the hos­pital. While Berman did caution fol­lowing his con­ver­sation with Jonathan that his reports were unver­ified, other media sites, including The Tele­graph, reported that one student was dead and seven were injured based on the student’s interview.

In the midst of a crisis, espe­cially on tele­vision, news sta­tions are looking for whatever oppor­tu­nities available to cover the breaking news. CNN had already inter­viewed an expert and needed another face on the camera.

Speaking with a witness, espe­cially one who is a minor, should come with extra caution. CNN should have recorded the interview first to avoid reporting incorrect infor­mation.

It is what people would expect while reading an article online. TV jour­nalism should be held to similar stan­dards, too.

Perhaps worst of all in this interview, Berman asked Jonathan if he could stay on the line after the student had told him: “I’m going to have to let you go because the police are outside the door right now.”

No, Jonathan could not talk. He needed to follow police direc­tions for the well­being of himself and his class.

Jour­nalists should be proactive about reporting the news, but stories should not come before truth or safety. 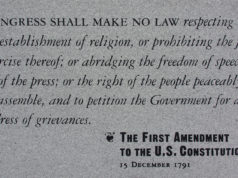 Dear CNN, the 1st Amendment applies to everyone 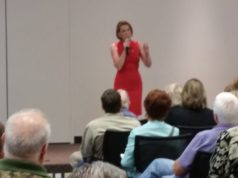 5 things to know from this week