Com­posed entirely of original oil paintings created by 125 artists, “Loving Vincent” is an unusual movie. The film, which focuses on the events fol­lowing the death of Vincent Van Gogh, is a mon­u­mental effort by artists who came together to prove that a truly mem­o­rable piece of art takes time and hard work.

The film stands in stark con­trast to much of what passes for art in the con­tem­porary world.

To cite just a few examples:

Yoko Ono pre­miered an installment at London’s Ser­pentine Gallery titled “To The Light,” which con­sisted, in part, of three mounds of dirt.

And when “Tan­gerine,” a film (directed by Sean Baker) about trans­gender pros­ti­tutes, pre­miered at the Sun­dance Film fes­tival, most critics praised its miniscule budget — due, in large part, to the fact that it was filmed on an iPhone 5S. Baker said “it was sur­pris­ingly easy” to make.

In con­trast, “Loving Vincent” offers an honest, tech­nical approach to making art. Though Van Gogh’s art was shocking in his day, he crafted his paintings with tech­nical skill, pre­cision, and emotion. He did not paint them as a political statement or as a stunt to annoy the art world.

Directors Dorota Kobiela and Hugh Welchman decided to use Van Gogh’s style, with its thick brush strokes and impres­sion­istic allure, for much of the movie, as well as fea­turing oil-painted scenes in black and white during flash­backs. These detailed and pow­erful scenes pay homage to the refined skill of Renais­sance artists and the Dutch masters and ground the film in the history of art in a way that even many con­tem­porary museum exhibits don’t succeed in doing.

The film also teaches the audi­ences about the many vari­eties of oil painting as it dis­plays the work of Vincent Van Gogh classics such as “Starry Night,” “Por­trait of Dr. Gachet,” and “Wheat­field with Crows” alongside dream-like land­scape painting and evocative por­traiture of the movie’s 65,000 hand-painted frames. A team of 125 artists from around the world worked to create the film; it took years to create just 95 minutes of magic.

At the beginning of the project, Kobiela thought she would do the whole thing on her own.

“Orig­i­nally I planned to paint the whole film,” she says. “But the only shot I managed to paint myself was the black and white one when the boys are throwing stones at Vincent,” she told the Guardian.

She soon realized she would have to work together with other artists to make some­thing truly com­pelling; each painted frame mat­tered, even if it only ended up appearing on screen for a moment.

“I didn’t even create a minute,” Natalie Gre­gorarz, an artist who worked on the film, told the Detroit Free Press. “I think I created, like, 12 seconds or some­thing like that of the whole movie and I worked there for about six months straight.”

Today, con­tem­porary art tends to fetishize the indi­vidual genius and to emphasize the brash or political statement. By con­trast, “Loving Vincent” con­tem­plates beauty, per­spective, and tech­nique while also showing that together, artists can make lasting works that rise above the common stock.

In a letter written only a week before his death, Van Gogh wrote, “We cannot speak other than by our paintings.” If he is right, “Loving Vincent” speaks to viewers about the value of human coop­er­ation and the beauty that can emerge from a labor of love. Each frame of the film tes­tifies to the painstaking work that art demands. The work of each artist proves that working together we can make some­thing far greater than we could alone.

The Alpha Rho Tau art hon­orary will be showing the “Loving Vincent” on March 15 from 8 – 10 p.m. in Phillips Audi­torium. 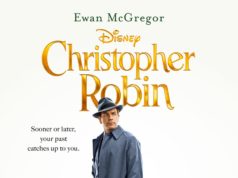 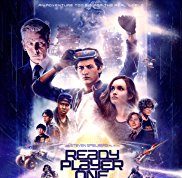 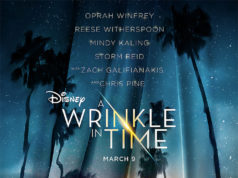