The women of Kappa Kappa Gamma have not gone a day without seeing the face of Debra Reister. The house director of the Kappa res­i­dence is always present and has been throughout her time at the house.

Reister’s stint as house director, however, comes to an end as the spring semester begins to draw to a close. Reister has decided to retire after five years in the position.

“Being a house director is just running the house, super­vising the house­keeper and the cook,” Reister said. “I make sure that every­thing is in the house that is needed for any of the pro­gramming, formal dinners, that sort of thing. I’m just sup­portive.”

The lack of flex­i­bility that comes with the position was a factor in Reister’s decision.

“What’s hard for me is having to be in the house 24/7,” Reister said. “You don’t have flex­i­bility in your schedule too much during school time. I have a lot of outside interests with vol­un­teering and so forth. I want to be doing that.”

Reister will surely be missed by her res­i­dents. Junior and Kappa Kappa Gamma Pres­ident Andie Chandler said Reister always has a smile and a kind word for the girls.

“She always has the best interest of the house in mind,” Chandler said. “From her nightly walks around the house to make sure all the lights are turned off and wishing us good luck with our studies to making sure we have enough snacks down­stairs to keep us occupied for the night, she just under­stands about being student and bal­ancing that with sorority life and all the other activ­ities. Her under­standing will def­i­nitely be missed.”

Reister brings out the best in her res­i­dents and helps maintain a healthy sis­terhood.

Junior and Kappa Kappa Gamma House Chairman Laurel Armes explained that Reister has also been instru­mental with making changes in the house.

“This past semester has been really cool,” Armes said. “We’ve gotten some upgrades to our meal plan which Debbie helped up figure out. Now we have Checker Records coffee, which is really exciting. We also now have open kitchen on the weekdays. Now we can go and cook and get what we want. It’s been espe­cially helpful for girls who are ath­letes.”

The college has started searching for Reister’s replacement. Chandler says the college has been lis­tening to feedback from the Kappa res­i­dents.

“Com­mu­ni­cation is super important to us,” she said. “We’re looking for someone who can com­mu­nicate openly with the house chairman and also with the girls in the house. It’s so unique in com­parison to any other dorm because you’re dealing with not just the girls who are living in the house but the sorority as a whole. We just would like someone who is under­standing of what we need as a house and how we function.”

Reister’s under­standing and advice will be hard to replace. In her time at Hillsdale, Reister has reminded the women of Kappa Kappa Gamma of the bigger picture.

“I try to tell the girls that today is not such a crisis,” Reister said. “Just think about what your path is to go forward. I’m not far away from this to know what the impact has been, but I do enjoy hearing that the girls that have grad­uated are having children or are married and that the seniors are engaged. It has been a pleasure to be around that youth at this point and to know that they are going to be activists in whatever they do.” 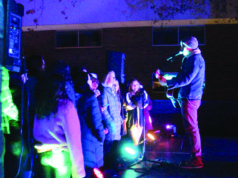 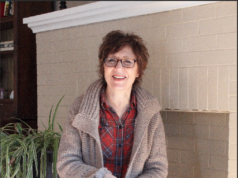 Benzing house director to retire at end of semester 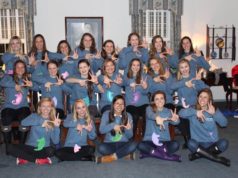