Over­turned fur­niture clutters the room. Mom cries in the corner with her head in her hands as dad ges­tic­u­lates wildly, halfway out of the door. He’s drunk. An empty whiskey glass sits on top of the piano in the middle of the room. A whim­pering child huddles under­neath with only his dog to comfort him.

These are details from an illus­tration in Matt de la Peña’s best-selling children’s book “LOVE.” The text reads “It’s not only stars that flame out, you dis­cover. It’s summers too. And friend­ships. And people.”

On the back of the book, the blurb from The New York Times  reads “Every­thing that can be called love — from shared joy to comfort in the darkness — is gathered in the pages of this reas­suring, refresh­ingly honest picture book.”

Honest? You bet. Refreshing? Not so much.

“LOVE” climbed the New York Times top ten children’s best sellers list in Feb­ruary, hitting #1 in mid March. It’s no wonder why. With soft and vibrant illus­tra­tions and simple, lyrical text, “LOVE’s” aes­thetic qual­ities promise the reader that every­thing will be alright. But this is a promise that the book breaks.

Par­tic­u­larly the first page, a baby’s view from the crib looking up at a smiling mother and father sur­rounded by a halo of light, soothes and con­vinces the reader to let his guard down. The opening lines resound with nearly Bib­lical sta­bility: “In the beginning there is light and two wide-eyed figures standing near the foot of your bed, and the sound of their voices is love.” The book trails on like this with no nar­rative arc, listing images that give con­crete form to the abstract idea of love. The sound of mom and dad’s voice, the buzz of the radio in a cab, the crashing of the waves on the beach — de la Peña writes that all of these are love. So far so sweet, right?

Well, the book soon takes a dark turn as it explores the harsh reality of troubled mar­riages and broken fam­ilies.

Another illus­tration shows the back of a small boy staring out of a window at his father, trudging through the snow on his way to work. A barely-older brother stands in profile, offering a breakfast of toast and orange juice to the parentally deprived youngster. Mom is nowhere to be seen. The text reads “In time you learn to rec­ognize a love over­looked, a love that wakes at dawn and rides to work on the bus. A slice of burned toast that tastes like love.”

While these poignant scenes are well exe­cuted and while they do express the hidden love in bad sit­u­a­tions — good ‘ole Fido in the first instance, and a loving big brother bearing juice in the second — they aren’t for young children. They are heart­breaking. What is de la Peña up to?

In an interview with The Wash­ington Post, de la Peña explained that these images are a way of inoc­u­lating children for their future expe­ri­ences: “Not every­thing that happens is what we hope to have happen,” he said. “Not every­thing is pos­itive. Acknowl­edging that adversity exists is important — but also wrapping it in love. It’s like the flu vac­ci­nation — you get a little taste of it so your body can be more resilient. A book can do that, too. If you know that sadness exists, maybe you will be more adept at han­dling that sadness in real life.”

De la Peña is not wrong. Children will grow up to expe­rience sadness first hand, but does that mean that we should spoon feed them sadness from a young age? Why are we trying to nor­malize divorce and broken fam­ilies?

Rather than edu­cating children about the sadness and the grit of the real world, perhaps children’s lit­er­ature should provide children with a vision of the world as it ought to be. It should display models of strong fam­ilies that stick together regardless of adversity — models of mothers and fathers that love each other and take care of their kids. That way when children grow up and encounter broken fam­ilies, instead of being numb or immune, they will be sad — as they should be — and they will know why they are sad. Real­izing dis­so­nance in the world, they will pursue the sta­bility of the examples that they were shown when they were children.

William Kil­patrick, Gregory Wolfe, and Suzanne Wolfe argue for this model of children’s lit­er­ature in their book titled “Books That Build Char­acter: A Guide to Teaching Your Child Moral Values Through Stories.” They argue that children need their books to give them “a prime meridian — a fixed standard — to reach their des­ti­na­tions in life.”

It’s as if Kil­patrick and the Wolfes write with “LOVE” in mind. Offering “a crit­icism of an approach [to children’s lit­er­ature] that wants to give children only the slice of reality that they already have,” they explain how “there is a danger in trying to acco­modate fiction to every new social malady, the danger being that, after a while, no one remembers what a stable family looks like. It’s not pos­sible to break the cycle of broken or unformed mar­riages unless you have a picture in mind of what the alter­native is.”

They go on to quote children’s author Jane Yolen, who argues that good children’s lit­er­ature “tells us of a world as it should be. It holds certain values to be important. It makes issues clear …. [I]t becomes a rehearsal for the reader for life as it should be lived.”

This is not to bar children’s lit­er­ature from dealing with con­flict, sadness, or darkness. In fact, the best children’s books ever written deal with big problems. The dif­ference is that good children’s lit­er­ature doesn’t just dwell in darkness; it also offers hope. Take Cin­derella, for example. Talk about a broken family! Mother dies and father marries a nightmare of a step­mother. But Charles Per­rault does not write to prepare children for the reality of wicked step­mothers so much as to give them a model of virtue in the char­acter of Cin­derella as well as hope in the ultimate restoration of the world.

Matt de la Peña and Loren Long are both Newbery Medal Award winners. Rather than trying to inoc­ulate children with a divorce vaccine, they should be using their con­sid­erable skills to meet our children’s need for hope and a fixed standard in a quaking world. 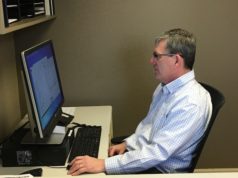 Highlights of higher education at Hillsdale