Dr. Leo Bingley Jr. ’58 was the third gen­er­ation of men in his family to attend Hillsdale College, and his two sons fol­lowed in his foot­steps. His great-great grand­father was a Civil War veteran who attended the college and later became the mayor of Hillsdale. Bingley is a legacy indeed.

After grad­u­ating Hillsdale as a biology major, Bingley attended medical school at the Uni­versity of Michigan. He later received the Hillsdale Alumni Achievement Award in 1977 for his work as a physician.

“He is a very fine man,” John Cervini, Vice Pres­ident for Insti­tu­tional Advancement, said. “He has treated many patients, often times for no cost.”

Bingley’s gen­erosity extends past his patients. He is still very involved in Hillsdale affairs as a donor.

“He always had an interest in the stu­dents,” Cervini said. “He is a con­tributor to the college. He helped us with the science building when we expanded it.”

His love for Hillsdale began when he first visited with his father, Leo Bingley Sr., who came for his 25th reunion. While walking on campus, a pro­fessor of his father’s said, “Hello, Leo,” and right then Bingley Jr. decided he wanted to attend his father’s alma mater.

“To have a pro­fessor rec­ognize [his father] by his first name after 25 years,” Bingley said, “That’s why I went.”

During his four years, Bingley set out to make the most of his expe­rience.

“I tried to do every­thing I could to take advantage of being in a small school,” Bingley said.

He cer­tainly did. Not only did he graduate as a biology major, but he com­peted for the men’s swim team, was pres­ident of Alpha Tau Omega and on the Inter­fra­ternity Council as well. He was also a member of various clubs including the Biology Club, Young Repub­licans, and the Tower Players.

His involvement in the college fos­tered his love for the school. He is still active as a donor, as a member of President’s Club, and as a member of the Alumni Board. Director of Alumni Rela­tions, Grigor Hasted, met Bingley 10 years ago when he returned for his 50-year class reunion. He noted that he does not only support the college finan­cially.

“He’s very sup­portive of the college,” Hasted said. “He attends events when we’ve got them up there in northern Michigan.”

Bingley and his wife Nita now live in Northern Michigan, where he worked as a physician. A few years ago, he and his wife each created a bucket list. Both lists con­tained vis­iting Africa, so they went. That con­tinent, however, is only a sliver of what Bingley has expe­ri­enced in his travels.

Bingley realized that world expe­rience could expand his under­standing beyond what he learned through books: “Maybe you should read a book and maybe you should travel, because you can learn a lot about people else­where and it can broaden your horizons.”

Some of Bingley Jr.’s travels include vis­iting France to see the rooms in which Vincent van Gogh worked and died, a trip to Africa that began in Cape Town, South Africa and ended in Cairo, Egypt, and a trip to Alaska on a boat, where he said he wit­nessed a romantic pro­posal. He also went on two mission trips to Mexico and Belize.

Bingley even traveled to the Bahamas by a Westsail 32 sailboat he had built over the course of four years. He was inspired to attempt this project after reading a book.

“I thought, if the author could do it, I can do it,” Bingley said.

As a doctor and world-traveler, Bingley credits the faculty of Hillsdale for his success and his accep­tance into medical school.

“Hillsdale was the making of me,” he said. “I just wanted to be a legacy.” 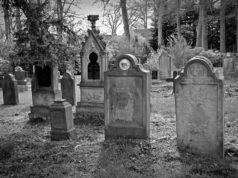 Visit the ordinary tombs, too 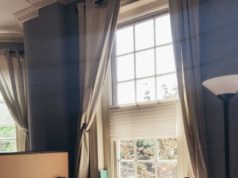 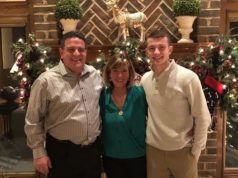