Giving up meat during Lent doesn’t have to mean giving up on local restaurants.

For those choosing to observe the season of Lent, meat is tra­di­tionally off the menu on Fridays. Luckily, several of Hillsdale’s favorite dining spots offer special options for Lent by serving fish on Fridays, as well as some veg­e­tarian options.

If you’re craving mac­aroni and cheese from Saucy Dogs Bar­beque, but can’t have the bar­beque, visit Saucy Dogs on Friday for a dis­count on their Fish Fry Dinner. According to Manager Jenny Mayer, cus­tomers can receive $2 off the fried Alaskan cod meal, which is served with two sides and cornbread.

Though it’s known for its burgers, Here’s to You Pub & Grub sells fish sand­wiches on every Friday during Lent.

“This week it was an ahi tuna sandwich,” said Kevin Conant, the chef and owner. “We also do parmesan cod. They’re all sandwich-based.”

For a more formal dining option, con­sider Olivia’s Chop House catch of the day. John Smith, a manager at Olivia’s, said that while Olivia’s does not add to their menu during Lent, they always offer a fish option from Thursday through Saturday.

The Hunt Club also offers all-you-can-eat fish throughout the day on Fridays. Server Sam Finch said that the restaurant serves bluegill, cod, salmon, and shrimp throughout the week.

Ramona Mackler, a server and manager at Johnny T’s Bistro, said that Johnny T’s offers a fresh catch of the day on Fridays and weekends throughout the year, including a rainbow trout this weekend. She also said the restaurant serves veg­e­tarian items, as well as an all-you-can-eat fish fry on Wednesdays.

“We do a lot of non-alco­holic drinks, too, because some people decide to give up alcohol, and I per­sonally am Catholic,” Meckler said. 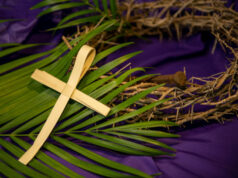 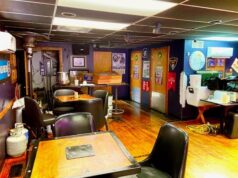 The Weekly: Put your money where your mouth is