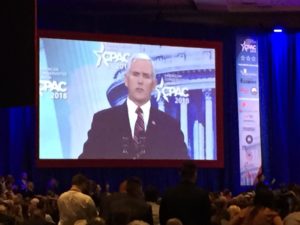 “Make no mistake about it, we’re going to build that wall,” Pence said.

Pence also reviewed some of the first-year accom­plish­ments of the Trump admin­is­tration.

He high­lighted the appointment of Justice Neil Gorsuch to the Supreme Court, Trump’s speech at the 45th March for Life, and the United States’ with­drawal from the Paris Climate Accord as major mile­stones since Trump’s inau­gu­ration last January. Addi­tionally, Pence praised Trump for his tax reform ini­tia­tives and his efforts in the ongoing war on terror.

“It’s been a year of promises made and promises kept,” Pence said.

Several college stu­dents attending the con­ference, however, shared their con­cerns about the Trump admin­is­tra­tion’s success and its future plans.

“We shut down the gov­ernment twice over the promise to build that wall,” said Jordan Kali­nowski, a College Repub­lican at Penn­syl­vania State Uni­versity. “Even though this was a cor­ner­stone of Trump’s cam­paign, unless Repub­licans and Democrats can reach an agreement, we’re not going to increase border security.”

Kali­nowski said he does not have faith that law­makers will be able to do this.

“Per­sonally, I don’t think we’ll ever get a wall,” he said.

Robert Whitehead, a Tufts Uni­versity College Repub­lican, said he’s a “huge skeptic” of the wall, even if that is an unpopular opinion among Trump sup­porters.

“I think a security fence would do just as well in most places,” he said.

Whitehead added that he believes that there are other more effective ways to strengthen border security, such as more effec­tively reg­u­lating people who have over­stayed their green card limits.

“The wall is a big applause line Trump people pull out a lot,” he said. “But it won’t accom­plish any­thing.”

Mark Sisson, a junior at Hastings College, said he sees the wall as a metaphor that the Trump admin­is­tration uses to showcase its reli­a­bility.

“Trump is all about ful­filling promises. The wall is just another Trump promise,” he said. “I think there will be a border security upgrade in the coming years, but it will take some time.” 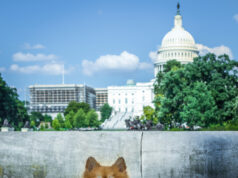 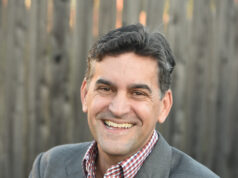 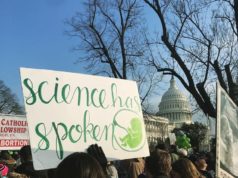