Nearly a foot of snow fell last weekend, leaving cars stuck in their parking spaces and stu­dents scram­bling to move their cars before the police tucked a ticket under their wind­shield wiper in advance of the plows.

But when tragedy struck and people needed help, some men of Hillsdale College rose to the occasion.

As the snow fell in sheets through Sat­urday night, a dozen guys from Gal­loway Res­i­dence shoveled the parking lots of both soror­ities and women’s dorms from 8:30 p.m. to 1:30 a.m.

After digging out their own cars in the Gal­loway lot, the men kept their shovels in hand and walked across Hillsdale Street to clear the parking lots of Olds and McIntyre res­i­dences as well as the Chi Omega and Kappa Kappa Gamma sorority houses.

“We just wanted to do some­thing nice for our neighbors,” sophomore res­ident assistant Kyle Froisland said. “Plus, we all have ter­rible social lives anyway so it’s not like we had any­thing else to do.”

It was not just a bunch of young men sweating through their scarves, however. The men said they had fun, enjoying each other’s company while giving a huge hand to others in the process.

“We just thought that it’d be a good way to hang out with friends on a Sat­urday night, and make anyone’s day a little bit easier and maybe a little bit brighter,” sophomore Scott Lowery said. “The best part was just throwing shovels full of snow at each other.”

But it was not only the young men of the Hillsdale stu­dentry who helped combat the worst of the winter storm.

The security office and its team helped dig cars out, jump car bat­teries, and trans­ported people around campus during the storm. They worked with the college’s grounds crew along with the Hillsdale College Emer­gency Response Team (HCERT), a vol­unteer group which helps to remove snow in places that the larger plows and machines cannot reach.

“The big machinery they have can’t clear small spaces around buildings, like side­walks and areas close to doorways, so security did it. I think removing the snow was really ben­e­ficial and would love to see more stu­dents get involved,” Director of Security William Whorley said.

Senior Vic­toria Watson’s expe­rience with the snow shows the sort of aid that the security team offers to the stu­dents.

As she backed out of the gravel lot behind her house on Manning Street known to off-campus res­i­dents as the Waffle House, she backed into a snowbank and her car’s front end began to slide down the hill beside the lot.

Her wheels weren’t getting any traction and she ended up in the middle of her neighbor’s snow filled yard.

Friends tried to come to her rescue to dig her out, but they left with little to show for their effort. She called the security patrol hotline and Rick Coon came and helped shovel out the entire backyard of the house next-door so that she could drive through their yard and out to the alley behind.

Before Coon left, he was able help Watson further.

Bright neon fluid stained the snow around her car and a stench hung in the air. Coon popped the hood and made sure the car wasn’t a danger to anyone and then rec­om­mended a mechanic to Watson who could help.

“My three girl­friends and I probably could have gotten out even­tually by our­selves at some point, but it is always good to have a little more man­power,” Watson said. 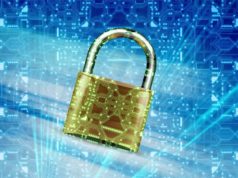 Government surveillance could make people safer, but at a cost