“This is a company. We have hand­i­capped people here. If there’s an emer­gency, we have to take them to the doctor,” Wagner said. “When it snows, we’re the last road to get plowed.”

But even when the road is not covered by more than a foot of wet, packed snow, the street still causes Wagner trouble.

“The road is hor­rible. There are bumps and pot­holes. Last summer, I had to have my vehicle fixed because of the road,” she said. “I want the city to fix it. I think it needs to just strip the whole thing down and redo it.”

City Coun­cilman Bruce Sharp told the Col­legian in Sep­tember that his years in office have taught him the severity of Hillsdale’s crum­bling roads. The problem began when the road’s main­te­nance budget was cut about 20 years ago and street upkeep stopped, according to former mayor Scott Ses­sions.

“The roads are the No. 1 issue in this town,” Sharp said. “We’ve ignored the streets for many years, and it’s going to take time and money to fix them.”

Hillsdale’s Director of Public Ser­vices Jake Hammel said repair, rather than com­plete recon­struction, is the best way the city can address the roads.

“Every dollar you spend on street main­te­nance will save you $6 on recon­struction costs down the road. In this business, that number is pretty com­monly thrown around,” Hammel said. “Our city’s money is really best spent on streets worth saving.”

Hammel said the city selected two con­tractors to work on the 2017 Street Preser­vation Project, which cost $280,000. One con­tractor cuts out and clears broken por­tions of the streets before filling the cleared spot with asphalt. The other con­tractor fills in any cracks with hot rubber, ensuring the edges of the patch are com­pletely sealed to keep moisture out.

“By doing all of these repairs, it’ll buy us six to eight years of life on each street, maybe more,” Hammel said.

The total cost of repairing the streets encom­passes more than sup­plies and labor. When the city repairs a road, it must make sure its work also brings the road and its sur­rounding side­walks and dri­veways comply with the rules set by the Amer­icans with Dis­abil­ities Act.

“If we do any­thing more than fix a chip in a road, we have to bring all the roads and side­walks and dri­veways up to code with the ADA,” Hammel said. “We are more than happy to do that, but that does add a whole new set of costs to our project.”

As the 2017 Street Preser­vation Project com­pletes its work this spring, a dif­ferent set of roads will be repaired or recon­structed by fall 2018, according to Hammel. The city received a $2 million grant from Michigan’s Infra­structure Capacity Enhancement (ICE) to fix roads sit­uated over city util­ities like water and sewage mains in need of repair.

“ICE is really looking for cities to replace util­ities in areas where they’re overused or over­bur­dened,” Hammel said. “It just so hap­pened that these were found in areas where the street con­di­tions were very poor.”

The project funded by the ICE grant will repair Garden Street, Mead Street, Vine Street, and por­tions of Rippon Avenue and Spring Street. 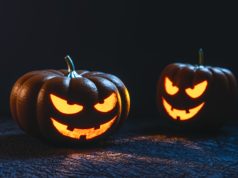 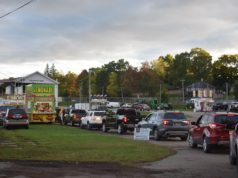 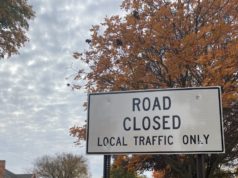