Thank you so much for speaking with the Col­legian, Dr. Wilson. To start, would you mind explaining in a nut­shell what your talk this week was on?

In the modern age, we have a con­ception of aes­thetics or the aes­thetic dis­ci­plines as those con­tem­plative activ­ities that are char­ac­terized by concern for form, and the emer­gence of such a dis­ci­pline is by in large modern, and usually thought of in some sense secular, in the sense that when we study lit­er­ature we study lit­er­ature for its own sake inde­pendent of any other field of inquiry.

My argument is that there is such a thing as aes­thetics, that it is pos­sible to have a concern for form, to con­tem­plate form, but that to do so in such a way to that you par­tition it off the fullness of being will always cause that field of inquiry to col­lapse, that is to fall into con­tempt or skepticism.

An inquiry into aes­thetic form can’t proceed by way of exclusion from the rest of being. And so three con­di­tional factors are nec­essary to maintain an opening to form. One is an ade­quate account of human reason as ordered to being. The second is an account of being that is open to being known, so being as real and being as intel­li­gible. Then third, con­ception of beauty as a property of being as con­sti­tuted by both form and splendor.

So the final step of this little argument is that these three qual­ities that are nec­essary if you just want to maintain the pos­si­bility of con­tem­plating the beauty of some­thing are for­tified and strengthened or even partly revealed through a clear the­ology of the trinity.

How do these ideas affect you as a poet?

They are a pos­te­riori to the act of writing. I’m explaining to myself why it is that the writing of this form that becomes a work of art seems to have some bearing  on other forms. That is to say that works of fine art are man­i­fes­ta­tions of reality but also ways of knowing reality. My whole enter­prise as a scholar of aes­thetics is to explain why it is that art is a way of knowing.  Art as a way of knowing seems to be the intu­ition that lead me to take up writing in the first place.

How does your Christian faith influence your work as a poet?

When I was first writing fiction, the great American fiction writers at the time really rep­re­sented in a par­ticular sense a for­malism in American writing. Their sub­jects were familiar rather than epic or adven­turous. The craft of writing then appeared to be of formal seri­ousness. On the one hand that was great because it taught us to really value and weigh the sen­tence. But on the other hand there were moments in which it seemed that modern fiction lived in a shrunken world. My early anguish was to figure out how a writing that was for­mally sen­sitive and for­mally adept could also be restored to a kind of spir­itual breadth after the fashion of Fyodor Dos­toyevsky. I didn’t think of that as specif­i­cally Christian at the time, but I did think of it as reli­gious. I sensed that though I can think of nothing more bril­liant than form, a con­ception of for­malism that excludes form from an openness to being or truth is an inad­e­quate form of formalism.

I cer­tainly would never think of myself as a Christian poet as if there were this special cat­egory, but on the other hand, one of the things a poet should have the capacity to do is to express genuine devotion to God. So one of the chal­lenges I set for myself over the pre­vious several years was to write a gen­uinely devo­tional poetry. One that would not cease to be inter­pretable as poetry, but was still capable of a genuine expression of rev­erence, and that proved to be quite challenging.

What advice do you have for young people, espe­cially Chris­tians who write poetry, who think a lot about the fine arts, who maybe want to make a career out of it?

To insist that the formal integrity of the fine arts doesn’t mean a self-enclosure of the fine arts. You need to respect aes­thetic form as a reality, but one that is des­tined to be informed by, and deepened by, and always in com­munion with other forms of knowing. Aes­thetic form needs to be philo­soph­i­cally and the­o­log­i­cally informed to be fully realized as itself. But that is not to say that a good phi­losophy or good the­ology could sub­stitute respecting the integrity of the form. Christian stu­dents will be espe­cially pre­pared for this openness of form to what is other than form, or at least other than aes­thetic form.

This is the weakness of some con­tem­porary Christian art, it needs to gen­uinely respect craft and master the making of the work as a good work.

You have to look so care­fully to find some poetry that you think isn’t a waste of time, not because there isn’t an abun­dance of it but because there is just so much poetry being written and pub­lished today. My first advice is to go find one or two good anthologies of poets who actually rec­ognize what the craft of poetry. 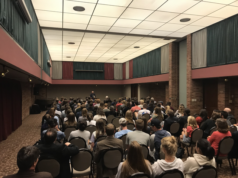 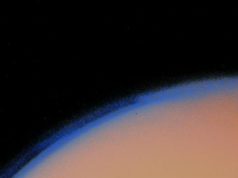