After five years of planning and preparing, a Hillsdale County affiliate of nationwide non­profit Love In the Name of Christ, or Love INC, will mobilize churches to help those in need of aid, whether it be financial or spir­itual.

It’s in the final stages, Rev. Pat Brooke of Hillsdale First Methodist Church said, esti­mating the official opening date will be this spring or summer. The group’s informal efforts, however, have already begun.

Love INC is a national orga­ni­zation that acts as a coor­di­nating body, con­necting local churches to each other so that as a unified force, the churches may address needs in the com­munity that they couldn’t address on their own.

The orga­ni­zation is a clear­ing­house, meaning that churches will refer those in need to Love INC, where trained vol­un­teers and staff will have a con­ver­sation with people to examine the nature, extent, and legit­imacy of their needs. Then, Love INC refers them to a partner church or agency that would best address the need. Finally, vol­un­teers follow up with both the person helped and the helping orga­ni­zation.

The group’s phi­losophy is to try and solve the under­lying, perhaps chronic needs rather than to address the super­ficial, pre­senting need of those who seek its help.

“What Love INC does is it takes time to talk with the person and find out what is the pre­senting need, and what is the under­lying need that the churches can then address,” Brooke said. “We can work to not only remedy the pressing need, but ongoing needs. We offer spir­itual help through it as well, because it’s a Christian orga­ni­zation.”

Brooke used the example of someone coming to a church with an overdue util­ities bill. A church’s financial assis­tance is often limited, so the person may find herself having to find another church when she gets another bill the next month. Without an orches­trating body like Love INC, the under­lying need — bad insu­lation, or job inse­curity — goes unad­dressed.

“There’s a certain amount of trust that will have to be gained between Love INC and the person asking for support,” Brooke said. She said the hope is to address the deeper needs rather than just the super­ficial ones. “We can then go back to churches and see this is the pre­senting need; this is the under­lying need.”

Pastor of Som­erset Con­gre­ga­tional Church Lucas Miller ’01 is on the board of directors for Love INC. He said Love INC has just started taking calls last month, and the data is slim, but he guesses that the financial burdens are often the result of divorce or unem­ployment, drugs and alcohol that are prevalent in Hillsdale County, more so than other counties.

Brooke said recurring needs she has seen include utility cutoff and eviction notices. Food is another pre­senting problem, since while there are several food banks in the area, each has its own reg­u­la­tions. Finally, many people need support in keeping a job — making sure the employee has trans­portation and account­ability, for example.

“I think there are jobs available in the county, but some­times people need a little help to make sure they keep that job,” Brooke said.

While Love INC’s mission is to mobilize churches, Brooke said it will try to be a place of resources that could help people reach tax agencies and other depart­ments.

Back in 2013, Brooke and Pastor Jason Meck­elberg of College Baptist, who died in 2016, were looking for ways for churches to min­ister to church and com­munity members.

“Our role is a his­toric con­nection min­istry to bringing it to town, and support finan­cially, to get more engaged and hands-on as min­istry gets off the ground,” Cuthbert said.

Jenifer Somsel, the exec­utive director of Love INC, came to College Baptist to speak in a recent Sunday morning service, Cuthbert said. Tithing from the first Sunday in Feb­ruary was des­ig­nated to go to Love INC, in addition to what the church has already bud­geted.

Going forward, Brooke said the group would like more churches to know what’s going on and get involved, as it’s an effort that extends from Som­erset to Hanover-Horton almost to Hudson.

One chal­lenge will be raising enough money for the oper­a­tional costs of paying a director and overhead, as well as office expenses.

“People in churches really want to help people in ways that is really ben­e­ficial. Some­times, paying a bill isn’t all that ben­e­ficial. That’s an exciting part for people. That oppor­tunity to work with some­thing more than just sending a check to a landlord or a utility company get to know deeper rela­tionship with Christ.” 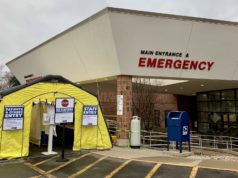 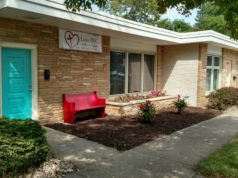