In the quiet moments of a hectic wedding day, a soon-to-be-couple clasps hands in a church courtyard. They pray together. The groom is crying. Behind a camera, a girl snaps photos to remind them of this moment again and again. Only a high-school student, this young woman is quietly directing the show as if she’s done this her whole life.

It started when a 9‑year-old Joanna Dell received a little purple digital camera for Christmas. Ten years later, the same girl reaches for her second lens and twists it in place, clicking the shutter button as two new­lyweds kiss for the first time as man and wife.

“I thought it was a toy at first. I started shooting every­thing — birds, snow, random shots of people,” Dell, now a sophomore at Hillsdale, said with a laugh.

According to Dell’s older sister and Assistant Dean of Women, Rebekah Dell, the Dell household is one filled with raw cre­ativity. When they were young, their father would illus­trate Bible stories for his children and their mother beau­ti­fully arranged flowers, but no one had ever expe­ri­enced any formal artistic training.

“I’ve always kind of been the family member in the back­ground that’s observing,” Joanna said.

Rebekah said the obser­vation, dili­gence, and natural cre­ative ability she sees in her younger sister are Joanna’s keys to success.

“Joanna pays attention to every­thing around her,” Rebekah said.

At school Rebekah, Joanna, and brother Isaac, a current senior at Hillsdale, all thrived with formal training from the art department. Rebekah grad­uated in 2006 as an art major, while art major Isaac Dell will graduate this spring as a sculptor.

The family lives in Wilm­ington, Ohio, and Dell mostly finds clients from the Cincinnati and Columbus areas or via con­nec­tions at Hillsdale College.

Last year Dell pho­tographed six wed­dings while bal­ancing the schedule of a full-time student and art major. This July, she pho­tographed the wedding of Heather Miller (for­merly Lantis) ’14 and Zach Miller ’11, an admis­sions coun­selor. Zach and Heather were friends with Rebekah, and hearing of Joanna’s success, wanted her to be their pho­tog­rapher.

“It is a leap of faith to have someone that young do your wedding,” Miller said. “But you just have to look at her work to see that she’s very good.”

Miller admits to being a reluctant “picture person” as a subject who poked fun at posing, but Joanna put the couple at ease, making the pho­to­shoot fun.

“She encouraged me to be myself, making the process enjoyable and stress free,” Miller said.

Miller said at the end of the day, Joanna had taken pho­tographs “that just stop your heart.” He said he loves one photo of Heather and her father, which cap­tures their per­son­ality and love for one another per­fectly on her wedding day.

Miller said behind the scenes of the wedding chaos, Dell is calm almost clan­destine.

“The day is mostly a blur, and at the time you don’t even realize the impact of all the people helping you,” Miller said. “It’s after the wedding you realize how lucky you were to have the support.”

This is not to say that Joanna’s business comes without its headaches. She said she would be lying to say she didn’t have nerves, but that is what she over­comes.

Joanna admits that some­times there are 8 a.m. shoots at the break of morning light when a damp 32 degrees and bouts of freezing rain com­plicate things.

“Equipment fails and faulty memory cards always scare me,” Dell laughed. “Direc­tions can be con­fusing, and it looks bad if the pho­tog­rapher is late or doesn’t know where to go.”

Dell also acknowl­edges that with the use of the internet, many young pho­tog­ra­phers have the oppor­tunity to publish their own work and find clients. Rather than being dis­couraged by the increased amount of com­pe­tition, Dell points out that this helps refine her own clientele, allowing people whose style matches hers to seek her out and com­mission her work.

Even after finding a passion by her second decade, Dell said she rec­og­nizes the impor­tance of going to college to develop more than her trade.

“I don’t want to be stuck with just pho­tog­raphy, and I wanted to have the skills and the ability to have oppor­tu­nities outside of this work,” Dell said.

In a world sat­u­rated with images from the flood of social media posts, Dell says it is easy to get swept up by the work of others or to try to change her own work to match trends and mimic other styles. She says to avoid this, artists must focus on their own purpose behind their art.

Dell says that, for her, the purpose behind her pho­tog­raphy is to capture moments that would be a blur and pre­serve them to remember again and again.

“I want to make people slow down and appre­ciate the blessings that God has given us. Life quickly passes us by, and it’s scary,” Joanna said, “Pho­tog­raphy is a mech­anism that slows us down and makes us appre­ciate life.” 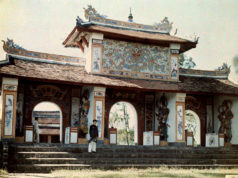 The spirit of Hillsdale in every corner of the world 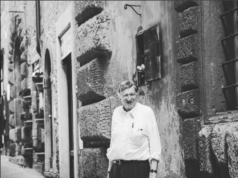 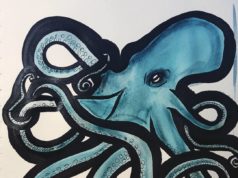