That’s why we need the Olympic Winter Games more than ever. Even when the daily news chal­lenges our faith in this country, watching our ath­letes overseas compete can help restore it.

Take 17-year-old snow­boarder Chloe Kim, who won a gold medal for her per­for­mance on the halfpipe earlier this week. Both of Kim’s parents, Jong Jin and Boran, were born in South Korea and immi­grated to the United States.

In 1982, Jong Jin Kim first arrived in the United States with just $800 to his name. Like so many other immi­grants, though, he arrived with so much more than that — he also brought a dream of a better life for his children. The sac­ri­fices he made and the risks he took enabled his daughter to pursue her highest aspi­ra­tions, and it paid off.

“I just dreamed it this way. Not really dreamed, but it was my hope,” he said in an interview after his daughter won gold. “The dream came true. The American dream!”

People around the world view this country as the land of oppor­tunity. They believe that if you work hard enough, you can make it in America. The Kim family story stands as a tes­tament to that idea. Even in this dark moment of political discord and uncer­tainty, stories like theirs vin­dicate the American dream. Stories like this remind us that, yes, any­thing really is pos­sible here in America.

“Just real­izing how far I’ve come as a person and as an athlete, standing on that podium, every­thing kind of com­bines,” Chloe Kim said in a press con­ference after her triumph. “You realize that you won and you did a good run and you’re excited about everything…I don’t know what I’m saying right now, I’m just really happy.”

But beyond simply rousing our sense of American excep­tion­alism, the Olympic Games can show us in new ways the same great truths about human nature that are at the root of liberal edu­cation.

Pierre de Cou­bertin, the founder of the modern Olympic Games, wrote that he chose the motto of the Olympic Games — “Faster, Higher, Stronger” — because “These three words rep­resent a program of moral beauty. The aes­thetics of sport are intan­gible.”

In a certain respect, the Olympic motto and Coubertin’s rationale resemble our own motto here at Hillsdale College — “Strength Rejoices in the Chal­lenge.” This is more than a coin­ci­dence; Cou­bertin, of course, didn’t invent the Olympic games from thin air. He drew on the tra­di­tions of ancient Greece, tra­di­tions our college draws upon to this day.

The ath­letes com­peting in Pyeongchang have devoted their entire lives to the pursuit of total per­fection, pushing their bodies to tran­scend their limits. They perform feats of physical courage before the whole world, reminding us of the peaks of human greatness and teaching us about the pos­si­bil­ities of virtue.

Even though they may not change the world, the Olympic Games merit your attention because ath­letic achieve­ments are good in and of them­selves. There’s a reason you get goose­bumps when you watch a figure skater stick a triple axel or a speed skater set a new world record — these are noble things, images of human flour­ishing.

So, this weekend, take a break from the books and appre­ciate the excel­lence on display at the Olympic Games. 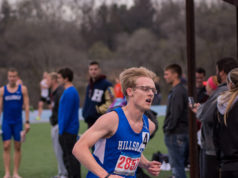