This Valentine’s Day, ask somebody out.

Most single people dread Feb. 14, the day couples exchange heart-shaped garb and sugary junk before they pose for the perfect pic and blast it all over the internet. Bitter singles gag over the hap­piness their dating and betrothed friends exu­ber­antly express, painfully aware of their con­dition. I should know. I was single for the first 21 years of my life. Every Valentine’s Day, I hoped for some change to shift the status quo, never to any avail.

This Valentine’s Day, don’t be like me and rely on some­thing as empty as a wish to change your rela­tionship status. Do some­thing about it, even if your romantic endeavors don’t give way to a second date.

Dating is a skill and should be prac­ticed. Believe me, I sucked at it and probably still do. But you’d have to ask my girl­friend — she’d know better. To be clear, I’m not talking about dating within the (usually) safe embrace of a rela­tionship. I’m talking the scary world of first dates and second dates with no mutually acknowl­edged state of interest, intention, or timeline.

Last year, around this very time, I wrote an angsty article begging Hills­dalians to end Hills­dating by embracing casual dating. The dummy I was, I refused to ask my now-current girl­friend out on a date, despite exhorting my peers to do just that in my article. I even ignored her hinting when she asked if I had ever taken (or would ever take) my own advice.

She still rolls her eyes when she thinks about it.

In fact, it took a bold move on her part to give me the wakeup call I needed. It had been weeks of neb­ulous one-on-one “hangout” ses­sions over coffee and until she broke: “What the heck is going on?” I didn’t need the reality check because I’m a man. I needed it because I’m a very oblivious man. Learn from my ways.

Luckily, I had the a sudden stroke of good luck and answered her question in the imper­ative: “Go out with me.” The streak of genius didn’t last. My bril­liant plan for the first date was a drive to Baw Beese Park in my crappy orange jeep and talk for a few hours before making dis­count mac ‘n cheese and cracking open a six pack of Two Hearted Ale. To my credit, the drive in the park was accom­panied by a beau­tiful sunset and we did watch a good movie that Katie loves. I was bad but not THAT bad.

All that to say, the only way to get better at dating is by prac­ticing — by going on dates. So ini­tiate them and agree to them, even if they’re not the stuff of chick flicks quite yet.

The worst that can happen is you have a first date like mine, but even that was fun, despite my acute case of diarrhea of the mouth and nervous laughter. If you take the risk and ask someone out, there is a high chance that you’ll have an enjoyable time and learn some­thing, too.

For that first date there are many great places in town that will make a more lasting impression than beer and mac. Rough Draft is a great place to get to know each other better in a casual envi­ronment with great coffee. They are easy, non­chalant ways to suggest that you should split the cost if you panic at the reg­ister. You’ll buy the lattes if she buys the muffins. (But guys, picking up that check is classy as heck.)

Or take your date to the Lorelei concert on Thursday next week and go to the Palace Cafe afterward and talk about the per­for­mance. Or go see The Post or Paddington 2 fol­lowed by a visit to the Hunt Club or the Hillsdale Brewing Company. That way, you’ll have sweet, sweet small talk, perhaps some lofty con­ver­sation, and absolutely no awkward silence.

You might be thinking that Valentine’s Day is the worst pos­sible moment to schedule a date or ask someone out. I don’t want to hear it. We are Hillsdale stu­dents who pride our­selves on our ability to think. So use that bril­liant brain of yours and find a way to gloss over the impli­ca­tions Valentine’s Day would impose on your date. Tell your crush that you swear you’re not giving into the sting of Cupid’s arrow — you just really thought she might enjoy watching Lady Bird with you before the Oscars.

If that doesn’t sell you, just think of all the other people longing to change their status quos just like you. They’re also bumming around looking for someone to spend the day with, and you could be that someone. But only if you ask.

Remember, the worst they can say is no. 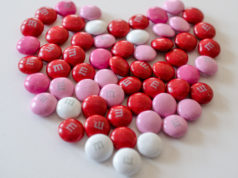 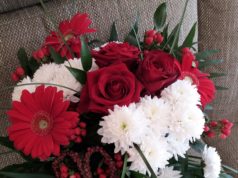 Spend Valentine’s Day alone: Instead of spending money on gifts or dates, pull on some sweats and stay home 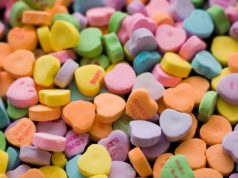 No more Sweethearts this Valentine’s Day