Officers Anthony Morelli and Eric Joering, 17- and 30-year vet­erans of the small town department, arrived at the address from which the call was made, expecting a simple check-up.

When they knocked on the door, however, they were greeted by a barrage of gunfire. Joering was killed at the scene. Morelli died in surgery soon after he was rushed to the hos­pital fol­lowing the incident. Both officers left behind their wives and children.

Author­ities believe the killer is 30-year-old Quentin Lamar Smith. At this time not much is known about Smith or his motive, except that he was wounded in the fire­fight with the officers and then taken to a nearby hos­pital fol­lowing the incident. Reading this repulsive story should render any American breathless.

The attack on these innocent officers is part of the trag­i­cally malev­olent and increas­ingly popular trend of per­ceiving police officers as enemies. Cul­tural icons bolster the opinion that the majority of police desire to hurt rather than protect.

This statement was made in response to legally absolved and jus­tified police shootings that certain people decided were unjust. America already has a trial-by-jury system set in stone, and justice can’t work properly if public opinion deter­mines guilt.

Many members of political move­ments such as Black Lives Matter and “antifa” spread  the idea that anarchy is a better option than the legal system that our country has in place. They say that police unjustly kill people in the street, so the people have a right and duty to revolt.

In reality, these so-called social move­ments are ter­rorists orga­ni­za­tions. When people and orga­ni­za­tions with such massive pop­u­larity chal­lenge their fol­lowers to take the law into their own hands, and fight against certain people for unjust reasons, they abuse their power.

They actively seek chaos and anarchy, which Amer­icans should treat as ter­rorism, rather than praise as pro­gressive. Wes Enzinna, a writer for the leftist Mother Jones mag­azine, stated in an interview, “Yes, I think they’re not opposed to vio­lence. I spent about two years inves­ti­gating the antifa movement and getting to know five men who were imprisoned for a violent attack.” Allowing a violent orga­ni­zation such as antifa to thrive is dan­gerous to law enforcement and cit­izens with whom they may dis­agree.

Many pro­fes­sional ath­letes, too, have jumped on he protest band­wagon for only one reason: pop­u­larity. They serve as role models for thou­sands of children around the country and, in con­veying their anar­chist message, implant the idea that kids can’t trust the police.

The problem with athlete protests is similar to that of celebrities: they claim to stand right there with strug­gling people in this country, but at the end of the day they retreat to their man­sions and con­tinue living lux­u­rious lives. Their hyp­o­critical protests and lifestyles turn more and more people against the police.

There are out­lying cases in which an officer takes advantage of his badge. One example may be the shooting of Daniel Shaver, who was forced to crawl on the ground and shot when he tried to pull up his loose-fitting pants by a trigger-happy officer at a New Mexico Hotel. No weapons were found on Shaver’s person.

The over­whelming majority of police officers, however, are good men and women who simply wish to protect and serve the cit­izens of this great country.

Rhetoric against police officers has led to a tragic increase in vio­lence against and murder of officers.

These sick­ening sta­tistics prove that this country needs change. The media’s failure to send pos­itive mes­sages regarding police makes it easier for anti-police groups to have a larger impact on the people of this country.

To change these sta­tistics, we first have to change the culture that allows these injus­tices to happen.

Until people realize that they are manip­u­lated by lies and are able to see the facts, unjus­tified killings of hon­orable police officers will con­tinue to happen.

Liam Bredberg is a sophomore studying the liberal arts. 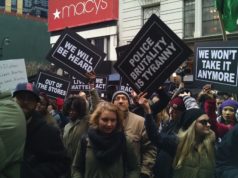 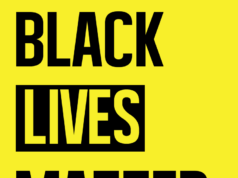