The typical glob­alist pas­sion­ately declares that the age of the modern nation-state is over and the age of a global political orga­ni­zation has already begun; the holdouts are nos­talgic boomers clinging to the bygone era of national glory.

Look at the state of the world today, they say. The most pressing issues — a transna­tional economy, ethnic cleansing, the envi­ronment, inter­na­tional crime, etc. — exist on a global scale and require global solu­tions. The world has even gone so far as to create orga­ni­za­tions, some now a half-century old, to deal with these crises: The United Nations, World Trade Orga­ni­zation, Inter­na­tional Criminal Court; the list con­tinues. The nation­alist (those who still support and believe in the nation-state model) responds by pointing to the inef­ficacy of these bodies, to which the glob­alist counters that dodgy nation states, refusing to accept the current world order, stand in the way of global insti­tu­tions.

Look back to last month and see the most current and primary example of the fact that the nation-state has not yet lived out its use­fulness. The U.S. rec­og­nized Jerusalem as the capital of Israel, a change from official U.S. policy but not com­pletely out of line with Trump’s pre­de­cessors; every pres­ident since Clinton cam­paigned on a crit­icism of their predecessor’s failure to rec­ognize Jerusalem and a com­mitment to doing so. The U.N. passed a non-binding res­o­lution con­demning Trump’s uni­lateral decision, yet no matter how the U.N. chooses to respond it is mean­ingless; Israel’s gov­ernment will con­tinue to organize and base itself out of the city and it does not change U.S. recog­nition of the capital. Sure, other nations can keep their embassies wherever they want, but that doesn’t help or hinder them.

Jerusalem falls within the bound­aries of Israel, a nation that the U.N. birthed. Israel has every right to make Jerusalem its capital. Beginning in 1948 the Israeli gov­ernment operated out of West Jerusalem, and for the past 50 years it has been based out of a united Jerusalem, since Israel recap­tured the eastern portion. Since the reuni­fi­cation, the U.N. has viewed the issue as “unde­cided.”

The shallow reading of the events is that the U.N. General Assembly’s res­o­lution was an insignif­icant act of virtue-sig­naling to maintain a popular diplo­matic position relating to “the peace process” and prospects of a two-state solution. The vote, on a deeper level, illus­trates why glob­alism is pre­mature.

This event per­fectly high­lights the impo­tence of the U.N. and the current flaws of a U.N.-based glob­alist model. Insofar as the U.N. is inef­fective without the real coop­er­ation and/or sub­mission of the existing nation-states, the U.N. as a world state is a weak one at best and lacks all ele­ments of sov­er­eignty at worst. For glob­alism to succeed, the U.N. needs to inde­pen­dently enforce its res­o­lu­tions without the coop­er­ation of the most pow­erful nation-states: the U.S., Russia, and China. This will not happen anytime soon. It cannot even exercise authority over the U.S., and it cer­tainly isn’t willing to try.

Prior to the vote, U.S. Ambas­sador Nikki Haley made direct threats to the U.N. that the U.S. would cease mon­etary con­tri­bu­tions to the U.N. if it went against the U.S.’s recog­nition of Israel. Such a response from the U.S. would mark an inter­esting devel­opment in the con­flict between glob­alism and nation­alism.

If the U.S. reduced, or stopped, con­tri­bu­tions to the U.N., it would sym­bolize a major victory for the nation­alists and seri­ously hinder U.N. oper­a­tions. As of 2015, the U.S. pro­vides 22 percent of the overall budget for the U.N. and 28 percent of its peace­keeping budget, according to the U.N. website.

This wouldn’t be the first time the U.S. withheld dues to the U.N. resulting in a reversal of res­o­lu­tions. In 1975 the U.N. passed a res­o­lution that equated Zionism with racism and after 16 years reversed its decision due to diplo­matic pressure from the U.S., coupled with decreased funding.

How much have U.N. power dynamics changed? The U.S. still strongly sup­ports it, and it would have a dif­ficult time oper­ating without its coop­er­ation. In the U.N. General Assembly, much of what happens is virtue sig­naling so that glob­alist allies can hail the bloated sig­nif­i­cance of the U.N. and cheer, “it exists!”

Because of the pet­tiness of glob­alist orga­ni­za­tions and indi­viduals it cannot succeed in the current political envi­ronment. The U.N. focuses on non-issues, such as the U.S. embassy in Israel, and fails to address real problems, like the envi­ronment or human traf­ficking, where it could win both real and ide­o­logical vic­tories.

Ian McRae is a senior studying history and pol­itics. 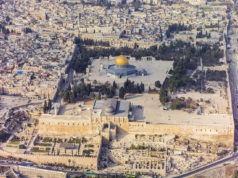