If you thought spooky season was over, you’re dead wrong.

Campus Recre­ation and Intra­murals is hosting its fourth annual zombie run this Sat­urday at 7 p.m. at Hayden Park. The 1.5 mile run will feature zombies as well as a haunted house, which was just added last year.

“Last year we took the zombie run in a new direction,” senior Michael Howard said. “While it used to just be a run, we incor­po­rated a haunted house/barn for the first time last year. It was a huge success and we’re hoping to build on that this year.”

Campus Rec events have grown within the last five years in terms of the number of events and the turnout from Hillsdale stu­dents. Last year there were around 110 runners and 45 zombies. This is their biggest single-day event of the year by far, according to Howard.

Each year the Zombie Run turns into a bigger and better event, according to senior Mar­garet Odell.

“Last year the event made Campus Rec as an orga­ni­zation more rel­evant on campus,” Odell said. “It was the cat­alyst to us being taken seri­ously.”

Although they have been planning the event since the beginning of the semester, Campus Rec is working to set up every night this week.

If inter­ested in becoming a zombie, contact Mar­garet Odell at modell@hillsdale.edu. Runners should be at Hayden Park at 7 p.m. The event is free to stu­dents, and cider and donuts are pro­vided after­wards. 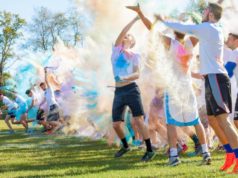 Color run to return, more colorful than ever 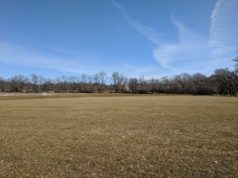 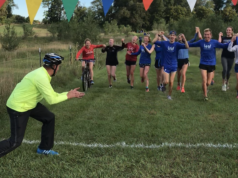