Despite having been open since January, the barber shop’s owner and sole employee, Todd Ricketts, installed his self-made wooden store sign this last summer and only recently fin­ished dec­o­rating his shop. What began as an empty room with a lone barber chair and mirror, now feels more akin to a hair shop one might find near an African jungle.

When he’s not cutting hair, Ricketts often hangs outside on the sidewalk. There, his long shaggy hair makes him easy to mistake for a retired rockstar. But in truth, he’s been cutting hair in Hillsdale his whole life.

“I’ve been cutting hair for 38 years,” Ricketts said. “I started working for my father at Hair Harbor in 1982. I was the hon­orary hair dresser for the Kappa Kappa Gamma sorority back then.”

Ricketts said he has always had a good rela­tionship with his cus­tomers from the college.

“I used to tell the older guy stu­dents to bring a six-pack, and they’d show up after 5:30 p.m. and just hang out whether they were getting a haircut or not,” Ricketts said. “I worked on a lot of stu­dents and faculty back then.”

Freshman Matt Pfeifer said he enjoys getting his haircut at Hair Upstairs because of the stories Rickett tells.

“I like to go there, get a quality haircut, and hear his stories,” Pfeifer said. “He gives off the vibe of kind of an ’80s rocker with his hair and his raspy voice.”

Freshman Chandler Penn said he had a similar expe­rience.

“I was rec­om­mended by friends and was sur­prised to find such a well-priced haircut and a cool guy behind it all,” Penn said.

“I’ve actually been asked by my hair color provider to instruct other stylists on my col­oring tech­niques,” Ricketts said.

For Ricketts, hair styling runs in the family genes. His parents were stylists, his sister is a stylist, and his son works at Identity right down the street.

“Every hair dresser is com­pletely dif­ferent,” Ricketts said. “We don’t feel pres­sured about working in the same business. In fact, I’m proud of my son.”

Although Ricketts isn’t a hunter, he has lined the salon’s walls with animal skulls.

“I picked up the dolphin head in Mexico, the rest I actually sawed off from the animals and boiled myself,” Ricketts said.  “There’s a couple from Africa — a goat, a bear, and even some pigs I ate for dinner.” 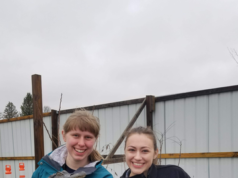 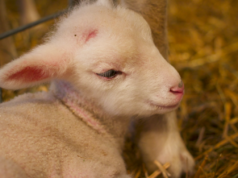 The best animals of the Hillsdale County Fair 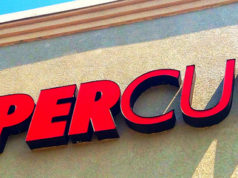