Even before James came to Hillsdale, she con­sidered the pos­si­bility of studying some­thing in the inter­na­tional affairs and rela­tions field.

“It’s a super common major at a lot of other col­leges,” James said. “My sister has an Inter­na­tional Studies degree from her college, and my grand­father got one when he was in college.”

Inspired by her family members and also her trav­eling expe­ri­ences, James knew that a major like Inter­na­tional Affairs would be a perfect fit.

“I knew I really wanted to go into it because I had been trav­eling a lot in my youth and my parents are really big into ‘opening your horizons,’” James said. “I came to Hillsdale and I was like, ‘There’s a lot of cool stuff to study,’ but I was always really drawn to under­standing people and under­standing other cul­tures. I wanted to be majoring in some­thing that I feel super pas­sionate about.”

The road to cre­ating her own major was long and required a lot of time and planning. James began thinking about this major more than a year ago when she con­sulted her advisor, pro­fessor of phi­losophy James Stephens.

Stephens said that he was not sur­prised by James’ ambi­tions to create her own major.

“Since she came here, she’s been inter­ested in broad­ening her horizons, taking classes in areas that might not be rel­evant to a major, that weren’t part of the core, but looked inter­esting: things she thought a well-edu­cated person should know about,” Stephens said.

Having expe­rience with pre­vious stu­dents cre­ating majors, Stephens was willing to help James and guide her through the process.

“I explained what needed to be done,” he said. “Eliz­abeth did the work, and she did the work well.”

Stephens noted that stu­dents do not often create their own majors. Nonetheless, he said that he thinks this is useful for some stu­dents.

“It’s pos­sible with a little inge­nuity and effort to create all kinds of dif­ferent majors that satisfy the cat­a­logue’s require­ments,” Stephens said. “I don’t think that cre­ations of the human mind, soul, and spirit always fit neatly into the dif­ferent depart­mental structure. Such inter­dis­ci­plinary majors seem to me to be very appro­priate things for stu­dents to do at Hillsdale.”

James’ original plan was to have 42 credits in the major, but after sub­mitting the pro­posal, com­mittee members sug­gested that she make the major a little smaller so it would be more doable. Now, the major is com­prised of 36 credit hours from each of the depart­ments she aimed to combine, 28 of which need to be at least at a 300 level.

“Hope­fully I can get it all done in time and graduate on time,” James said. 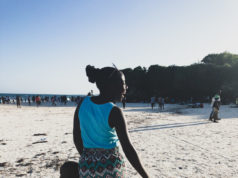 Never ‘too good’: An open letter from a Kenyan student 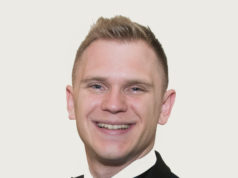 ‘So Much More’: Students share why they left their politics major